It’s quite a week here on the Passionate Living Blog. Coye LeRock is hosting a giveaway for a free Diamond Candle. There’s also a juicy full moon in the sky. PLUS our favorite astrological genius is taking on the Floyd Mayweather vs. Canelo Alvarez fight. We love getting a double dose of Lady Grear. If you haven’t already checked out her September horoscopes then you should <READ THEM> immediately after this post.

Note: Don’t read this missive like a regular blog post. Settle in for a sweet harvest moon journey through Grear’s metaphysical mind. Gorgeous Grear’s magnificent views are solely her own, and as per usual, we left in her unique grammatical stylings and Grear-isms. Her insights are always special as are her expert horoscopes. You can also find more of our Love University spirituality posts here.

Most recently, Grear enlightened us with “Chef Roble vs. Jasmine” and “Life Lessons from Lauryn Hill.” In case you missed them, you should also catch Grear’s posts on Bravo show “Married to Medicine,” beauty queen Kenya Moore, Beyonce‘s ‘Life is But a Dream’ and rapper DMX‘s Iyanla Vanzant intervention.

Remember to subscribe here. Take it away, Yaddie… -aa

What’s in a name? A whole lot! Analysis by Grear Yaddie Turnull

::: The September Fight – An Astro Perspective:::

Journey with me as I share how and why I began to study etymology and the meaning behind “names/nomens.”

Back as a young girl when I’d watch “Roots,” the mini-series on TV, every time it got up to the scene where Kunta Kinte was savagely beat till he vocally ACCEPTED the new name the slave-massa issued him, I’d say to myself “why isn’t the free slave labor ENOUGH?”

This is why when some pundits exclaim that all slavery was about was “economics” I beg to differ!

‘Cause if that were the case it wouldn’t matter what the slave name was; as long as the work got done!

Then fast forward to the late 90s. 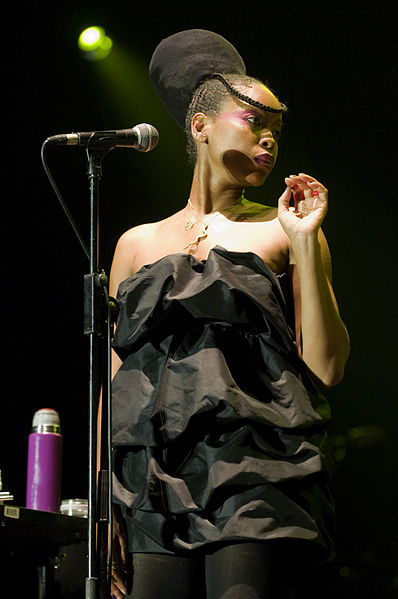 Beautiful singer Erykah Badu has a baby, she names him “Seven.” When she’d explain why she named him that, the explanation resonated with me in a way like no other. It was then I set out to study the meaning of names.

Studying numerology and the tree of life I KNOW all that the # 7 implies. So I got it!

Saturday night, September 14th 2013 while waiting for the big fight to air: Floyd Mayweather vs. Canelo Alvarez we watched the repeated episodes of “All Access”. As I watched Mayweather in his usual vanGlorious Mayweather Flair all I could say to myself… “How is he a Pisces?”

If you study astrology you know… even if you don’t, you just study people (same difference to us), and you may happen to know their sun signs, have you ever seen or engaged a Pisces man “in that form?”

Never desired to see it before but suddenly AT THAT MOMENT I had to see Mayweather’s natal chart…surely Aries or Leo is somewhere prominent in there?

Once the chart was presented to me it ALL made sense! Cosmic sense.

Gemini on the ascendent explains his brand of chatter. Also, his hands. Gemini rules the hands, shoulders and arms.

The Taurus Moon… no wonder “Money” is in the name of his handles. The moon is exalted

in Taurus, by the way.

Pisces is by no means known as “the fighter” of the zodiac. Pisces is ruled by Neptune & Jupiter.

It was when Canelo said this via translation: “He’s very talented, very elusive”, that I began to

see “Pisces” in a new light.

*Neptune is the mysterious god that could never ever be fully comprehended.

Mayweather’s Mars & Mercury are in Aquarius. Another sign not touted for its love of physical

Our Mars is “how we fight…”

Mercury (how we think) is exalted in Aquarius.

An Aquarian’s armor is their intellect.

make sense. Taurus (his moon) is our value system, worth, how we gauge it. The Taurus moon

also expresses his opulent lifestyle. His generosity within his camp? All Pisces.

Again, the inspiration to write this piece came from Canelo’s translating the aforementioned 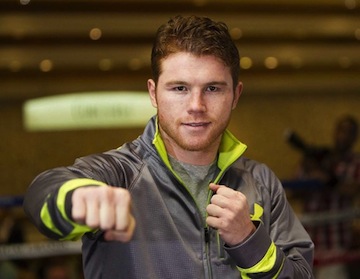 Mr. Alvarez you have no idea how big an answer you gifted us within that one line!

Mr. Mayweather you have no idea how you’ve gifted us with that sunny smile and your

Who’s “us” you may ask [in this context]? The astrologer that study at a forensics level.

It was said of Jack Johnson that he had a smile like sunshine with a personality to match. 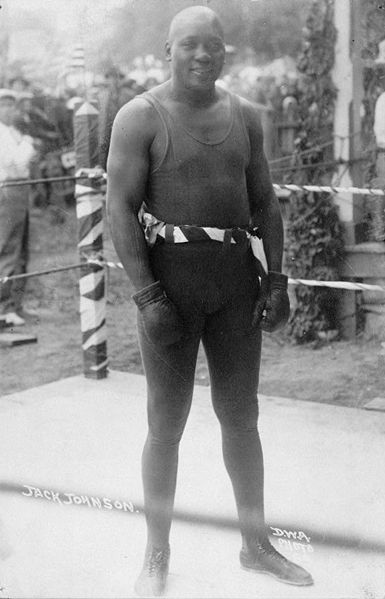 Same goes to Mayweather. Anger would have not served either of you well, and you

wisely chose not to embrace that surly state.

The month of May, Springtime, May weather…sunny. Hmmm… Also, Taurus kicks off that

month. If you study the astro-logic tenents like we do, you are already clickin’ on all cylinders.

Even what the name “Floyd” means? Hmmm, moor ammo to exact elusivity.

To my fellow brown astrologer:

If you have that Barbara H. Waters “Sex and the Outer Planets” book in your collection [or just

see the video below], then you already know “who” Pisces rule. You do? Good. 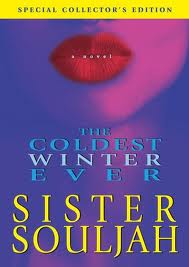 I’m thinking of that scene in Sister Souljah’s book “The Coldest Winter Ever”, the scene

where the sista switched out bags and… OK, in the book discussion setting I sat in back then

discussing this book some felt that that sista should have been more confrontational. Others

felt “why. As long as she achieved the need.” Some were on the fence. Then one yelled out,

“I wonder if she was a Pisces?” Like authors usually give their characters a sun sign? We

all chuckled at that one. ‘Cause they know the only author inclined to remember to do that is

She went on to described how [said character in said book] evasive, elusive, she exacted that “switch out.”

Back to Mayweather… he’s never been defeated. NEVER! 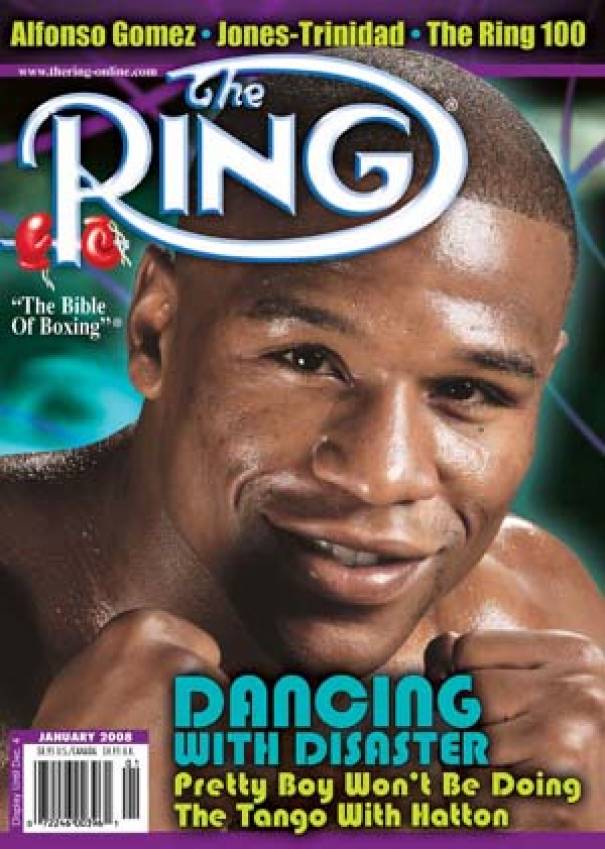 One mo again, “who” do Pisces rule?

What 12th House message is Mayweather, maybe even unbeknown to him consciously, emitting?

Like I said, it came to me soon as Canelo was translated as having described Mayweather’s

AstroHeads study him, see pass all the bravado & bragaadocio; we’re convinced the ancestors

sent him back here for A REASON! A DIVINE ONE.

He epitomizes why it’s not wise to fight fire with fire.

…did y’all see that documentary on the late great icon Richard Pryor [a fire sign, by the

way]: “Omit the Logic?” There’s a narrative portion where an old friend [of Pryor’s] recounted

how they were chillin’ in the room watching TV, something on how monks set themselves on

fire to protest against the Vietnam war. Pryor marveled at how that self-ablazed monk didn’t

even flinch. So while his friend briefly stepped out to go to the kitchen Pryor decides to give

it a try: Set himself on FIRE too.

great ball of FIRE coming towards him down the hall. What did he do? He got outta the way!

He eluded the flame.

Now, I don’t prescribe embracing the cocky stance, unless you too are a pugilist; but if you’re

not, let Mayweather inspire you to be “elusive” when an opponent attacks.

Also like Pretty Floyd does, smile your way through it all. 🙂

fn: Oh, didn’t name the video below…please don’t get caught up on that, if you are into astrology the context therein should intrigue you–it did we.

About the Author: Grear Turnbull