“Our moms had Dear Abby and we have Dear Abiola…” 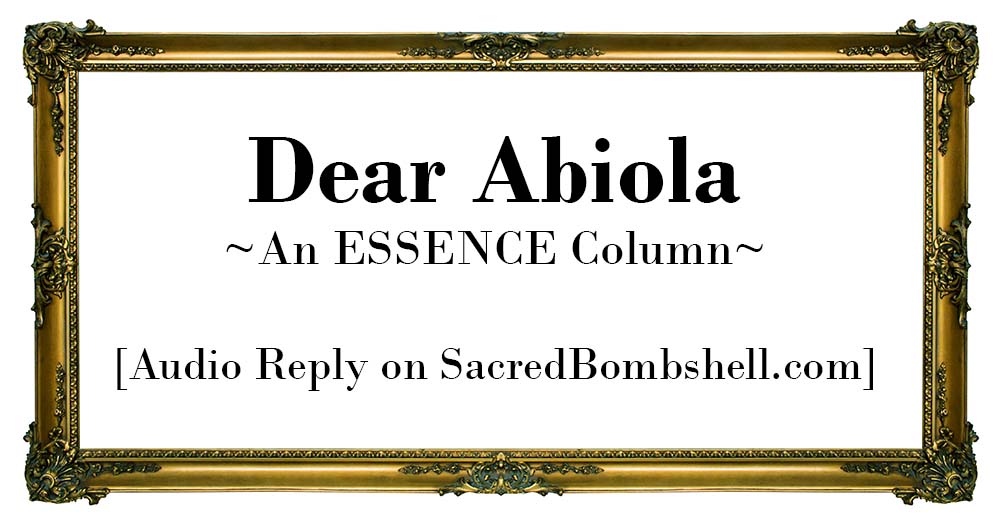 I have been married to my dear husband for two and a half years. Unfortunately, I have also been having revenge sex with a man at work for two years.

It may sound like a mess, but my husband cheated first. I found out two days before we got married that he had been sleeping with the mother of his son. She was the one who told me, hoping I would cancel my wedding. I didn’t give her the satisfaction. We were together for about 18 months before we got married and he was still having sex with his baby’s mother during almost a year of that time.

I was devastated, but I agreed to go ahead with the wedding. About a month later, I decided to flirt back with this much younger man at my job. I am 39, my husband is 42, and the guy I cheated with is 27. My young “boyfriend” is actually my employee.

Bae really gave me my life back. It was like something off of TV.

One of us would text and then we would meet up and get it however, wherever – my car, his car, hotels, motels, his garage, the small company bathroom in the basement. This man rocked my world. I always told my husband I had “work emergencies.”

Then I was finally able to TRULY forgive my husband for everything because we started going to therapy. I have fallen back in love with my man and we are very happy together. The therapist said we needed to come clean about everything from our pasts. We even had a therapy session with the ex baby mama since I have to still interact with her. But the therapist was talking about him coming clean not me — because nobody else knows what I have been up to.

A few times I have tried to break it off with my employee but he threatened to tell my husband if I don’t keep sexing him. He has explicit photos and and intimate texts from me and says he won’t give up without a fight. He claims to be in love with me. The affair is no longer fun because now I feel like I am being forced. I don’t want to break up my home and my marriage. Things with my man are finally working out.

I have thought about maybe convincing my husband that we need to move to another city. But I have a great position I worked very hard for in my field and I just hit the $100K mark. We also want to still have our own babies while we can.

My question to you is: do I need to tell my husband about the affair? Or should I just keep my mouth shut? What should I do?

Signed,
Caught Between a Man and a Hard Place

P.S. You can find my sacred self-esteem and sensuality advice column on ESSENCE.com and meanwhile, I am proud to introduce a new Sacred Bombshell column, ‘One Man’s Advice.’

‘One Man’s Advice’ from Brent Reeves is your love, sexuality, dating, marriage, and relationship advice from a man’s point of view. 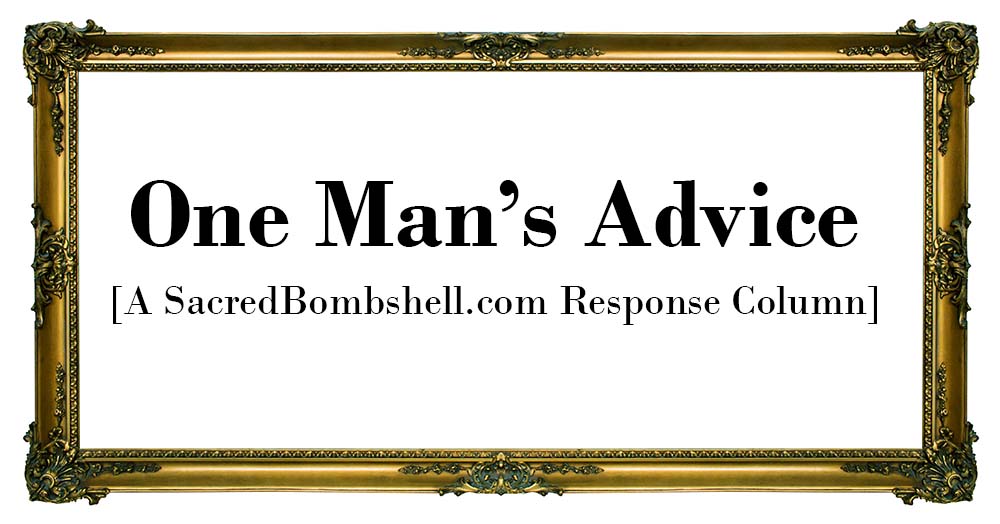 When I read the title of this letter, I knew it was going to be a good one but the more I read, the sadder I got! Not because of the situation and all of the details but because of your lack of common sense and immorality for a 39 year old woman!

This is wrong on soooo many levels and you are at the core of every level. First, you were hurt by finding out that your husband “to be” was sleeping with his baby momma while dating you! You could have easily called it off or postponed it until you worked it out or not but you went ahead with a marriage with REVENGE in your heart instead of LOVE!

Let me give you a little philosophy here. Revenge is a green eyed monster that can’t be controlled once you let it out of its box. It will get your victim but it more than often turns on the person who released it in the first place.

While you were having your “sweet” revenge and effing your young employee, you thought you were queen of the world (getting your life back) and making your husband pay! You know what they say, “What you don’t know, won’t hurt you!” If you were a real boss with your revenge, then you would have rubbed his nose in your affair. So, you didn’t really do anything to your husband since he didn’t know anything! Let me revisit, “getting your life back.” So as I read your letter, than means your life is having sex “however and whenever” and also “wherever”.

I am not one to judge but lady pleeeeeeze! Dirty garages and workplace bathrooms???? It sounds like to me that you weren’t just trying to get revenge (for TWO YEARS) but you were just needing an excuse to get your freak on! Second, you were “doing” both men at the same time! I’m sure that it wasn’t totally protected sex (if at all) with BAE.

My instincts are keen and I feel that this is the root of your situation. Your husband gave you the spark but you decided to throw gas on the flames! Now, those flames are burning you! Abiola has already given you the best advice for your future actions because you were “Bae’s” and any man’s fantasy! He knew he had you from day one! He was getting it on with married BOSS LADY and he knew he could use it against you at anytime. Plus, he has pics and maybe vids of you two! Now he can technically control you against your wishes. He has threatened your 100 Grand livelihood; your marriage that you want to fix (all of a sudden); your professional status; and your soul.

You couldn’t escape this even if you move to the moon! However, if you do let your hubby know now, it’s a wrap. If I were he, the next time we speak would be through a divorce attorney. Women out there! Please, Please, PLEASE!

Consider this before you give away your power, status, career and possible your soul when thinking about having an affair. You might think that you are in control but it is usually that person who has nothing to loose who has all the power! Yeah, just like something off of T.V.

About Our “One Man’s Advice” columnist:

Brent Reeves is the divorced father of two, a member of Phi Beta Sigma Fraternity, Inc. and was recently named and “Unsung Hero” by Mayor Emeka Jackson-Hicks, Mayor of the City of East St. Louis by official proclamation.