Single Moms! Here’s How to Deal With the ‘Other Woman’ in Your Child’s Life (VIDEO)

Single Moms! Here’s How to Deal With the ‘Other Woman’ in Your Child’s Life (VIDEO)

Single Mom Advice Maven Tinzley takes on the other woman in your children’s life; the stepmother: How do you deal with being a single mom and handling the new woman in your child’s father’s life? Dealing with daddy’s wife or girlfriend doesn’t always have to be ugly. Of course, this doesn’t apply to the single moms dealing with absentee fathers. That’s another post. If you  can’t see the single mother advice video click here.

What do you do when you have a baby by a guy you’re madly in love with and you thought he felt the same but you later learn he had other plans?  To top it all off, you recently learned that when you drop your child off to spend time with his dad, he is taking your child over to a “friend’s” house while he goes to work or handles business? Yikes.

What do you do when you learn this so called “friend” is actually the other woman? Now here comes the bomb. You later learn she too is pregnant with his child.

WHAT???? I know many women would not be able to handle this in a professional or even a sane manner, right? Now you’re a single mom all because he wanted to play games and she’s “the other woman.” Doesn’t sound like it will be a great ending to this story right?

Yes, We Can All Just Get Along!! 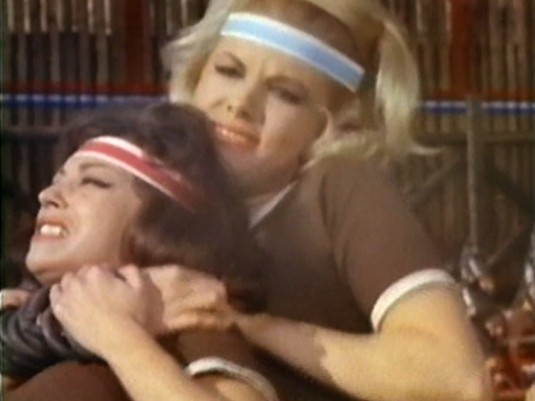 Let me tell you a story of two phenomenal  women who are changing the way we view baby mama drama, by being supportive and loving of not only the children they both have by the same guy, but of each other. These two ladies have become very good friends.
It’s about the kids and the environment they have chosen to create for their two boys to be raised in. I know, most of us would have wanted to go off and whoop some major tale after learning of this  scandalous affair, but not these two. They hang out together, they babysit each other’s kids, they celebrate not only their kids’ birthdays together, but they celebrate each others birthdays as well. I think this is a fantastic example of maturity and deep rooted love! (Abiola says: This sounds like Will and Jada Pinkett Smith.)

Theses ladies have created a sisterhood for life that I must say I truly admire. See they have realized that they are raising our next generation and they not only need to move forward from any past feuds  but they need to love and let love.

Just imagine how much more positive this is for the kids involved? They are brothers for life and are getting a chance to grow up together because two mature women who have a heart of gold, chose to put their differences to the side and their children’s needs first.

You Can Learn From This.

How can this be possible you may ask? How as a single mom can you deal with knowing you were cheated on and he has ANOTHER child on the way? Not to mention he’s marrying this chick?

When you love and are loved, you set yourself free from compulsion to scrutinize, downplay, judge or retaliate against another.

I’m certain many of you know could damage you far more than it would damage the person we’re treating this way. When we embrace things as they are we learn how to tolerate and are rooted in love. Keep in mind that this woman may not have know about you either as he may have told her the two of you only have a child together and nothing else; so how can she be the blame?

So being a single mom doesn’t have to be a lonely experience or an opportunity for you to go grab your homegirls and get ready to rumble with the other woman.

Being a single mom and learning about the woman on the side can actually gain you a newly found sister who together you can both watch your kids grow up, have a great relationship with each other and the two of you can sit around and crack old jokes about your kid’s father and his smelly boxers LOL! (Priceless)
Don’t forget to watch the youtube advice video.
-Tinzley

About the Author: Tinzley

[Our Official Single Mom Advice Maven] Tinzley is a relationship insight blogger who delivers her views on being single while dating through web videos, blog posts, tweets, and more. She offers ways to help weather the storm of dating gone complicated and offer ways you can improve your dating world.