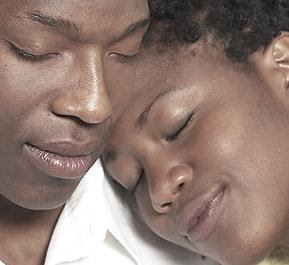 He lay under her violet canopy, between her emerald green satin sheets quoting her former’s stupidity. She wasn’t aware that the New Lover had met the Old Love but recognized instantly the thin justification under the words traded across drinks, for sins, since annulled, too numerous to recount. Still, she didn’t hold this hyper-quoting against him because she wanted him to hold something against her. Something like his insatiable mind or warrior spirit, but she would have settled for a hard hug.
He doubted her because he didn’t understand what conservatives didn’t want him to understand yet knew very well: that the war has many fronts, that every subversive should not wave a bright yellow subversive flag, that folded within pop were many nuances for hiding kujichagulia, and that some of us needed to ride within the cultural radar like the subway boys balancing between cars, hovering just above the third rail to pull The Rest in. Over. Free.
He doubted her ‘cause he was mistakin’ her stuff for dusty deity myths of sacred females. Funny. She fell into his reflection, inhaled and almost drowned, swimming to safety in disparate (not desperate) text messages. Where had she come from all of a sudden? He couldn’t be too careful. Hypocrites and liars abound.
She was bored with the many unasked-for suitors and their roses (packaged not picked), diamonds (blood not free), dinners (expensive not nutritious), and over-obvious compliments – recycled not hot. She washed her hair often.
He had dealt her just a taste, cracked like crack, one kiss, and she was hooked. Unlike her fellow addicts who could find their fix on any urban street corner: Soweto, London, Bahia, any MLK Blvd USA, there was only one spot to get hers and the supply was slow in coming because he had studied the seduction powerbook. She craved him and as insane as it was she decided to wait. Sanity was overrated and it had been months since it was done right.
So she waited, as improbable as waiting was. Her life had never been built on probability anyway. Odds were that she shoulda had 3 kids by 21. Odds were that at least one of their no good baby daddies woulda been locked up, sending beggin-assed requests for commissary change and photos with jacked up poems while he assembly-line stitched the designer sneakers he needed the change to buy. Odds were.
New to the rules and totally game-less she could only say exactly what she really thought without the requisite masks, grins or lies. She opened her mouth and out dropped a flat foot. He put it in his pocket and left. So her freedom apartment remained un-christened. She wanted him to come through her doors. Enter her mural. Write a story on her backside. Take it. She was already tied up. He made her nervous. Jittery. ‘Cause she needed a fix.
Saving oneself was a quaint first world Victorian concept that had somehow followed her third world self into this millennium. Being shy didn’t help. Her slutty single sister-enablers had tried to assist, passing 8th grade-like notes through his phone lines. Same sex education follies. Sixth grade was the last time that she’d had extensive contact with male people on a daily basis and she was still catching up.
F*ck. The unsolicited suitors kept leaving shit at her door to trip on– tickets to this, that, and there. Incomplete, unmelodic songs with lyrics she hated. Rhetoric. But he didn’t call so there was no bad girl sex to be had. Yet. She washed her hair again.
She had to stop reading fairytales.
Hell.
She had to stop writing them first.
Share
Tweet
Share
Pin