How to Build A Passionate Information Business: Dialogue with Rodney Flowers [Audio]

How to Build A Passionate Information Business: Dialogue with Rodney Flowers [Audio]

Do you want to build a heart-centered information business around your passion? This powerful and inspiring dialogue is just for you.

Rodney Flowers is an international best-selling author, speaker, entrepreneur, transformational leader, CEO, and resilience trainer. He has guided the journeys of hundreds of people in search of fuller, happier lives—in spite of the inevitable setbacks that cross their paths.

A few months ago, Rodney interviewed me for his “Game Changer Mentality Podcast“. We discussed “Becoming A Spiritpreneur And Building A Business Around Your Calling.”

::::And be sure to take my free masterclass for spiritual women entrepreneurs, “Spiritual Selling Secrets” at: RichGoddess.club 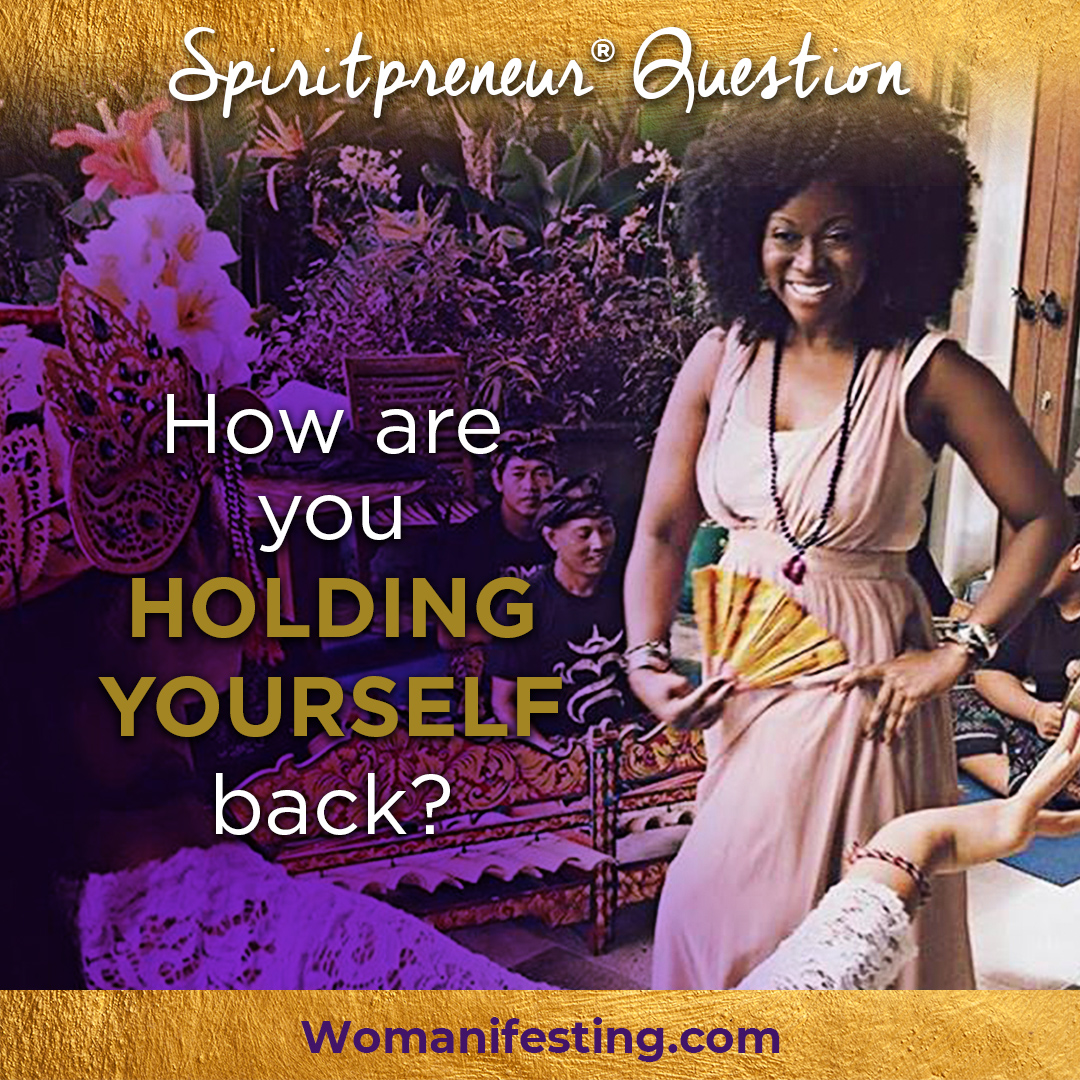 The Courage to Create Your Information Business

Rodney Flowers: We can get rid of those thoughts and belief systems that we grew up with, that was ingrained in us. We can start adopting new patterns, new belief system and new beliefs about ourselves and that’s the most exciting part.

You get to write the script and you get to create what it is that you want to create. I believe that God is so brilliant and magnificent in creating us because that’s part of our makeup. That’s part of who we are as human beings, to be able to imagine and create whatever it is that we want in our lives. What do you say to that?

Abiola: I say that that’s absolutely what it is. I was talking to a client about this and she said, “I’ve been working on these beliefs. I felt like I had it — and then life happened. I was with you at the Goddess Pray Love Retreat in Belize. My life was good for a few months and then stuff happened.”

I said, “That’s the design of life. Of course, stuff happens.” It’s like bathing. I can’t say, “I took a bath back in June and I was good.” You have to keep at it. If you leave a field, weeds grow naturally without you trying to, but if you want something more beautiful, you want a specific kind of plant, vegetable or flower, then you’ve got to be intentional about it. When you remove those beliefs, nature hates a vacuum.

Not just chanting mindless affirmations, that’s good too, but you need something underneath it. You need a foundation. What would it take for you to believe that about yourself? You take baby steps towards whatever it is that you’re trying to create, small incremental steps.

Rodney: What are spiritpreneurs? You mentioned that is something that you’re focused on creating. What is that?

I always use my uncle who’s an exterminator as an example. He created a business that sustains his family in a wonderful way, but he would not say that killing bugs is his passion. He would not say that. Thankfully for him, for previous generations that they did whatever that we could then have the luxury to perhaps say, “What is it that I want to do?”

He didn’t have that luxury or feel that he had that luxury, but that is his business and he’s an entrepreneur and he’s very successful at it. Spiritpreneurs are doing what they feel that spirit is leading them to do.

Rodney: You’re monetizing your spiritual gift, so to speak. Being able to serve, being able to cultivate what you have and give it out to the world, but at the same time making a business.

Abiola: Yes, and here’s the wonderful thing. When I talk about this, people think, “This is something new,” but we didn’t start the fire. For example, my great, great grandmother in Guyana, South America where my family is from. I’m the first person in my family born in the United States.

We have a belief system. A lot of us who are doing this work, one of the things that keep us undercharging and overworked is we have a belief system that somehow that was more holy, you’re more righteous. It was amazing, but it so happened that chickens, goats and eggs were the currency of the day. It was a currency exchange.

Having dollar bills and coins on it is no different than the way I tell them, my clients, to imagine it. I’m like, “Think about if you’re having challenges around charging for your work as a coach, as a woman who’s a fitness coach and you’re having challenges around it. You’re on the banks of Senegal and you’ve helped and empowered somebody around their body.” You say, “Go home and bring me back the sweet potato pie.”

Except for in this case, it happens to be a Mastercard, Visa or whatever it is. It’s an energy exchange in different forms. God didn’t create an abundant universe. If you go to any park or ocean, you can see how expensive and abundant God is. God didn’t bring you here in order for you to suffer, give you your dreams in order for you to suffer or say, “Only people who are inheriting income or rich people, they get to do what they want, but the rest of us, we’ve got to suffer, we’ve got to duke it out, we’ve got to be hand-to-mouth or anything like that.” 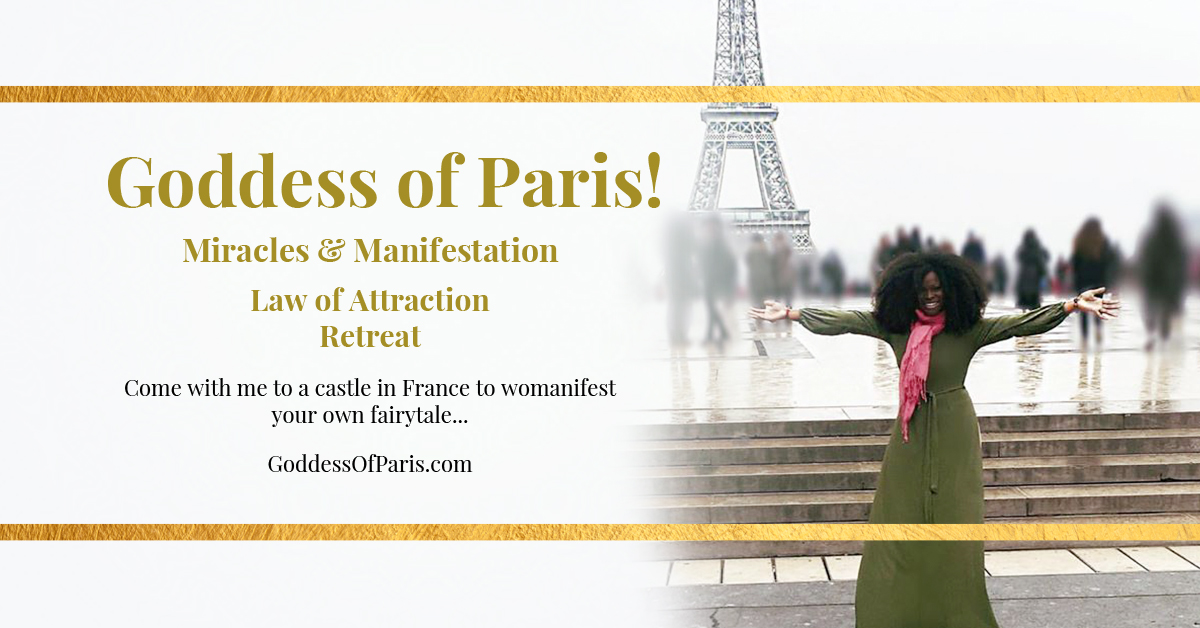 Click here to learn more about the Goddess of Paris Retreat!