Writer speaks out about being victimized… 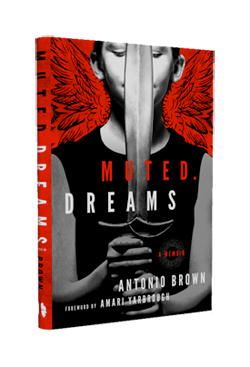 Antonio Brown is raising money to publish his courageous new memoir, “Muted Dreams“ where he speaks frankly about being sexually abused as a child. Below you can check out our powerful  conversation, but first some important statistics about children and abuse.

Abiola: Antonio, you started working in the music industry at an early age. Tell us a bit about your career.

Antonio: At the age of 16, I was signed to Murder Inc. Records working with multi-platinum artists, Ashanti and JaRule handling their promotions in Houston, Texas. It was my first glimpsed into the music industry, at least the business side of things. Since then I’ve worked assisting in the careers of Dawn Richard from Diddy’s Dirty Money and orchestrated events & concerts with talent such as Tocarra, Fabulous and Trey Songz. Music has always been where my heart is and as small as it may be to some, it’s what got me through those tough moments in my life as a child.

Abiola: What people didn’t know as they saw you build your success at such an early age is that you suffered a childhood of abuse. Please share with us what you experienced.

Antonio: From the age of 7 to 12 years old, I was a victim of sexual abuse at the hands of a family member. I can’t give out too many details because it’s talked about within the book. Growing up and experiencing something of this magnitude really affected me mentally and emotionally. I grew up only knowing this and thinking it was okay.

As I’ve gotten older, I am able to see how these experiences have affected my adulthood. This is why it is so important for people to speak out about it and not keep it silent, despite their fear of what people may think or say about them.

Abiola: I know that people of color have all kinds of stigmas related to getting much-needed help. Did you work with a therapist, support group or any other kind of support?

Antonio: No, I didn’t. I had become an under-reported statistic and was too embarrassed to get help. Even as a child it was something that I did not feel comfortable speaking about. As I’ve gotten older and matured more as an adult, I’ve realized how important getting counseling and support is.

Abiola: Now you’re writing a memoir called “Muted Dreams.” That takes a great deal of courage. What inspired that decision?

Antonio: After growing up as a child and enduring the sexual and physical abuse due to these experiences, I realized that maybe if I had someone to talk to or something I could have read that related to my experiences then maybe things would’ve been different for me. So for me, I wrote “Muted. Dreams” to help heal our generation and generations to come that may have experienced what I did as a child. It’s a story of healing, triumph over adversity and a story that is very well needed in our society.

Abiola: Were other members of your family aware of what happened to you? How are they reacting to your decision to tell the truth now so publicly?

Antonio: My family was made aware of what happened to me as a child after it was discovered almost five years later. My father and I don’t speak now but my mother and siblings are very supportive of my decision to speak out. They feel as I do, they hope that this story will help others that may have experienced what I had as a child.

Abiola: Tyler Perry and Oprah Winfrey made history when they stood in a room full of men, abuse survivors, who were courageous enough to say, here’s what happened to me. Did you see those episodes? If so, how did that affect you? Have you considered reaching out to Tyler Perry as a kindred spirit? 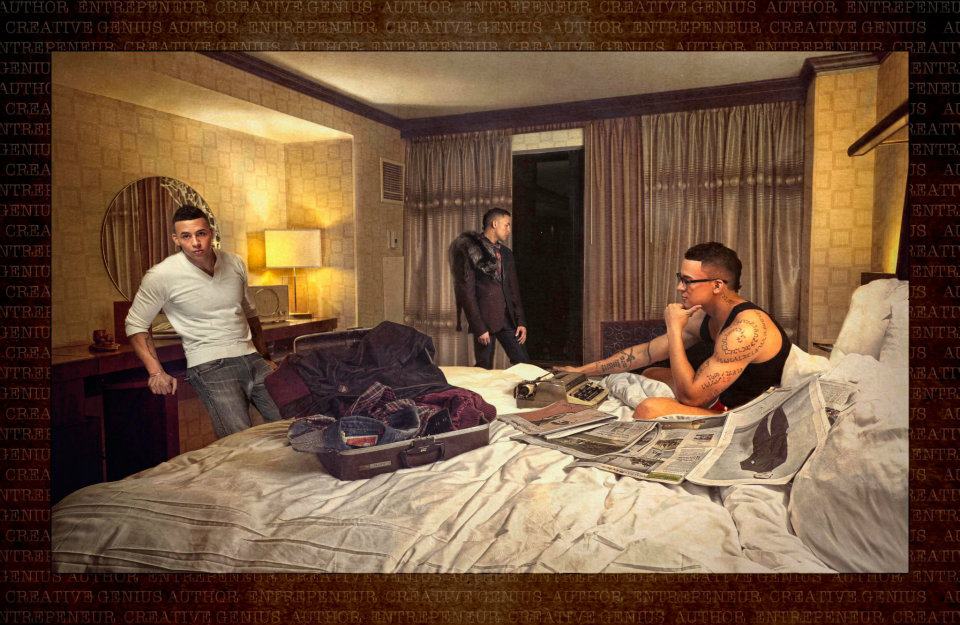 Antonio: I did see the episodes and I commend Oprah Winfrey and Tyler Perry for having the courage and strength to go against society and speak out about an issue that has been kept quiet in family and homes for far too long. These episodes definitely showed me that despite what we may NOT read or hear about in the media up until recently – that I’m not alone in my fight against sexual abuse.

One of my hopes and goals for my team is to get a copy of my manuscript to Tyler Perry and he is willing to read it. I feel like my story is something he could relate too and would appreciate so much.

Abiola: The Svengali-style mentors of several different boy groups have been separately accused of rape and molestation. So there are obviously many entertainers and people in the business who have gone through similar trauma. The boy bands B2K, the Mormon group “The 5 Browns” and Menudo have all reportedly suffered at the hands of trusted adults. Have others reached out to you?

Antonio: One thing people don’t realize is that most victims of sexual abuse suffer at the hands of people they trust and love. In the entertainment industry and in our society males are frowned upon for speaking out about such heinous acts as sexual abuse. We are expected to be strong and something like this should not happen to us… but it does. It happens to many of us. It something that I commend Raz-B for having the courage to speak about.

Abiola: There is such a hyper-masculine culture around the R&B and hip hop worlds. Chris Brown made derogatory remarks via twitter some time ago toward Raz-B of B2K about being abused. Have you experienced any negative backlash?

Antonio: I have not experienced any negative backlash for coming forth and speaking about my experiences of being sexually abused. I could care less what anyone thinks about my choice as long as I know what I’m doing is right and I’m helping people along the way. I’m sure Raz-B would feel the same way.

Abiola: What’s coming up for you musically? I know that you’ve put things on hold a bit to tell your truth to the world, right?

Antonio: Right now I’m preparing to shoot a reality show about my life and the release of my book, “Muted.Dreams.” I am also looking at producing a documentary called, Abused Young Men in America, which will show the effects of sexual abuse within children in our society today and that of young adults trying to cope with the after effects. I am also looking to put together a benefit concert to fight against sexual abuse and have all the proceeds donated to my non-profit organization, Protect-A-Child, Inc. 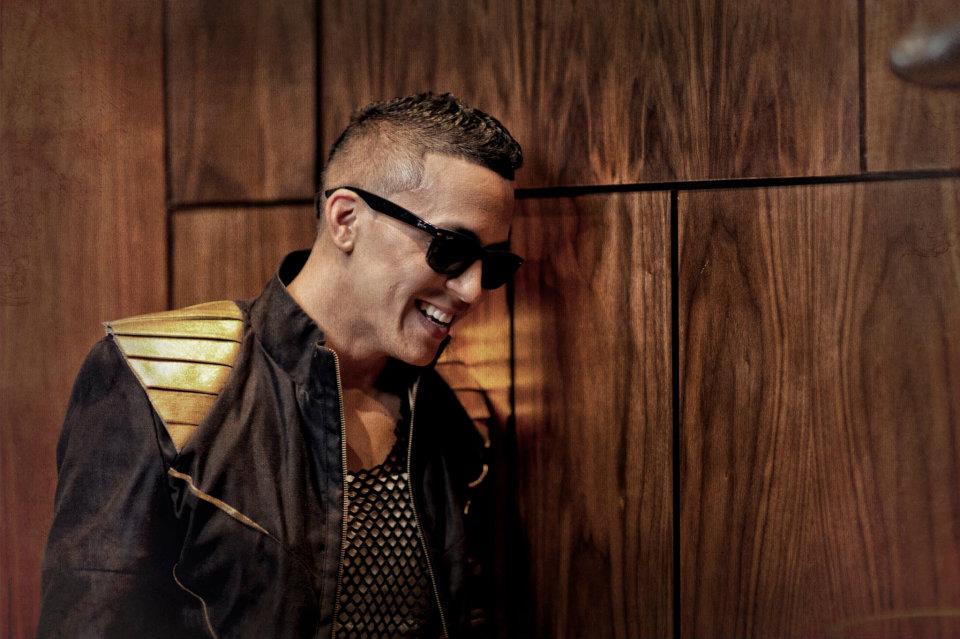 Abiola: What do you want people to know about you, Antonio Brown?

Antonio: I want people to know that I am a survivor; I did not allow the sexual abuse I endured to stop me from becoming the man that God meant for me to be. I want people to know that it’s okay to be afraid to speak out about your experiences because I was, but the only way you will be able to get passed this issue is to break the cycle of silence. I am a man of faith that believes in something more powerful and bigger than just me. I am man who believes in the fact that we are tested in order to understand our strength. I am a man that will not allow the adversities faced in my life deter me from helping and saving the life of someone that can benefit from my story.

Thank you, Antonio Brown for being so incredibly brave. Find out more about “Muted Dreams” on their site. If you know someone who is being abused please call 1-800-656-HOPE.