This week’s Essence advice column caused a firestorm when I replied to a reader who claims that her husband is verbally abusing her with racial slurs.

I hope that people will continue to be as outraged at any situation where a woman (or man) is being abused in any way, shape or form. 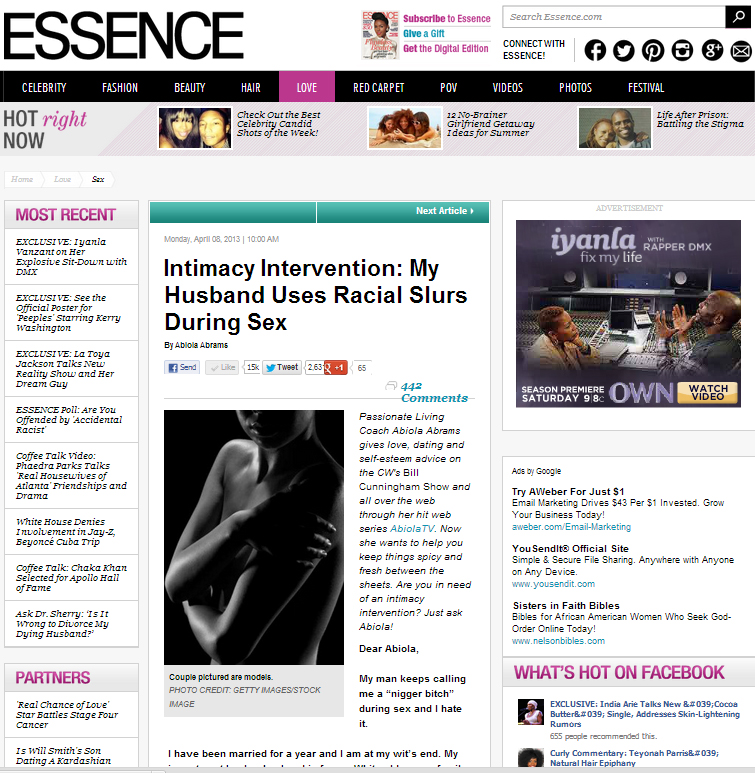 A great organization to be involved in around this issue is Eve Ensler’s VDay.

Way back in 2006 I created the Until the Violence Stops Film Festival in association with the org along and my chica Prudence Heyhert. The films, created by women, screened at the Museum of the City of New York and the Museum of TV and Radio. We originally wanted to call it the Vagina Warriors Film Festival but one of the exhibiting organizations balked at the word “vagina” — true story!

This year VDay created the One Billion Rising movement. Some of their victories: they “created global solidarity and strength cutting across borders, races, class, religions, sexual orientation, ages, genders; reignited solidarity between women’s organizations in various countries and rekindled the ethos of sisterhood amongst women on a global scale.”

Click here for the full Essence letter and advice.