A Memory, A Monologue, A Rant & A Prayer: An Eve Ensler Anthology 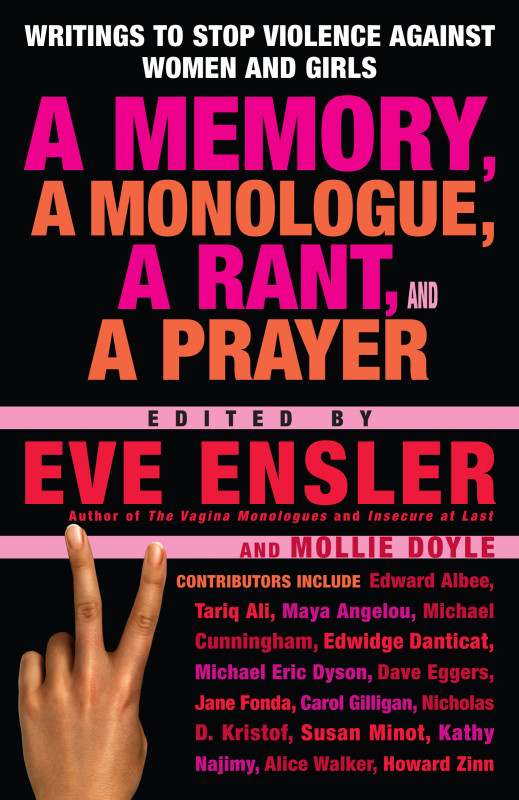 Author, playwright and performer Ensler hosts a collection of new, personal and often powerful essays by celebrities (Kathy Najimy, Jane Fonda), literati (Dave Eggers, Edwidge Danticat) and feminist luminaries (Carol Gilligan, Alice Walker). Ensler made her taboo-breaking reputation with her stage production The Vagina Monologues; here, she continues in that spirit, calling violence against women “an issue that lives smack in the middle of the world and is still not spoken, not seen, not given weight or significance.” 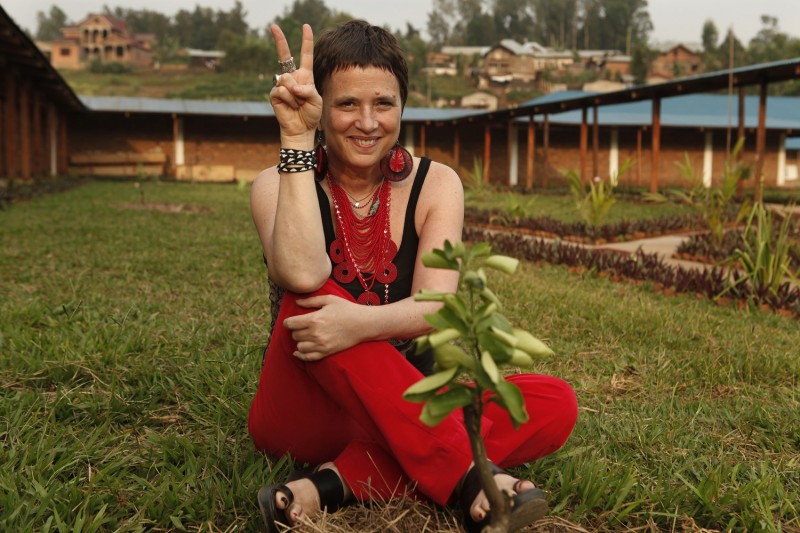 Ensler looks to figures such as Maya Angelou, Edward Albee and Anna Deavere Smith to jolt readers out of passivity and into the thick of the issue; in the first three essays, Howard Zinn relates his father’s terrible moment of violence against Zinn’s mother; Betty Gale Tyson reports on a life of abuse capped by a wrongful murder conviction; and Mollie Doyle contributes a poem about the camp counselor who forced a very adult kiss on her at age six.

Some of the essays carry more weight than others, and most run no longer than two pages, but the book’s power lies in their combined effect, layering the subtle and frightening ways violence has been and continues to be perpetrated against women. Gleaned from a two week New York festival, “Until the Violence Stops,” the proceeds from this call to action will benefit Ensler’s awareness-raising V-Day movement.

Eve Ensler is an internationally bestselling author and an award-winning playwright whose works include “The Vagina Monologues”, “The Good Body”, “Insecure at Last”, and “I Am an Emotional Creature”, since adapted for the stage as “Emotional Creature”. She is the founder of V-Day, the global movement to end violence against women and girls, which has raised more than $90 million for local groups and activists, and inspired the global action One Billion Rising. Ensler lives in Paris and New York City.

A former editor at Random House, Mollie Doyle is a freelance writer and yoga teacher. She lives on Martha’s Vineyard.

Tariq Ali is a writer, filmmaker, and a longtime political activist and campaigner. He has written over a dozen books on world history and politics, including “The Clash of Fundamentalisms”, “Bush in Babylon”, “Rough Music”, and “Pirates of the Caribbean” “The Axis of Hope”, as well as scripts for both stage and screen.

Michael Cunningham was raised in Los Angeles and lives in New York City. He is the author of the novels “A Home at the End of the World” (Picador) and “Flesh and Blood,” His work has appeared in “The New Yorker” and “Best American Short Stories,” and he is the recipient of a Whiting Writer’s Award. “The Hours” was a “New York Times” Bestseller, and was chosen as a Best Book of 1998 by” The New York Times,” “Los Angeles Times,” and “Publishers Weekly,”