This week on Love School for Nerds, Jay and Abiola discuss a letter from a woman who seems to be in a no win relationship with her husband. Issues of trust, respect, and getting along with family members are looming large.

Check out what Jay and Abiola have to say about this…

Listen in after the jump!

We met and later got married 12 months after, he had a fallout with my parents because he said my mother called him the devil, plus many other things but I keep telling him that she was just giving a testimony in service and that she was generally speaking.

During the time of the fallout I got pregnant without first child, he was so loving, treated me to a baby shower, kept making plans, and kept telling me that he needs my support. In the first two years of the relationship he paid all the bills and he never complained, now that I have a job and the relationship between my mother and I; my mother and my kids have gotten stronger. The relationship between him and I has gotten worst. He doesn’t help out much in the house, and he doesn’t help with the rent, I don’t know if he is punishing me or did he gave up on us before I was able to start.

I talk to friends and family for comfort and this bothers him. One day he went through my phone and saw some text messages. He asked me about it and asked why am I comparing him, why am I telling what he is not doing instead of asking what can I do to make it better. I feel like he is stalking me, even when he is at work. One day he left work early and asked me about a friend that I was talking to, he even had a background check done on this friend. This freaked me out, so I removed him (my husband) from my fb page, locked my phone and refused to have sex with him. Now he says he doesn’t trust me. Was I wrong for doing that?
He argues that my lack of communication with him is a problem, he even took me to therapy, said he wants a divorce and says that he is willing to try but if I want to end it he will. I know I am not making it easy for him to stay but I feel exhausted, my mom helps me out with the kids and sometimes my rent, I feel like he chooses not to help. According to him he already helped me this far so what’s the problem. He wants to go out, he wants to have fun, but I keep telling him that I don’t have money for that and I have bills to pay.
The thing that scares me the most is that I don’t trust him, he works late nights, keep in contact with his ex, I feel like my trust has been betrayed, plus he doesn’t help out much with the rent. I asked him if he is cheating and he said no, but I just can’t believe him.

We have 2 kids whom he loves and take care of, he buys them stuff and pay for daycare, pretty much anything that have to do with them he is open to taking care of it; he doesn’t have a full time job, but he makes sacrifices that I honestly can’t make, like taking time off to watch the kids if we are not able to find someone to watch them. He claims he’s looking for a full time job, this has been over two years now.

I want to leave but I want to stay, I am confused.

I don’t want to lose any of my relationships. I cry a lot and I feel like he is trying to control me, he has a higher level of education and he also helps me with school, which is ironic as he won’t help with my rent.

Is it me? Or is it him? Or am I missing something?

If you can’t play the link above, click here to listen on Soundcloud. 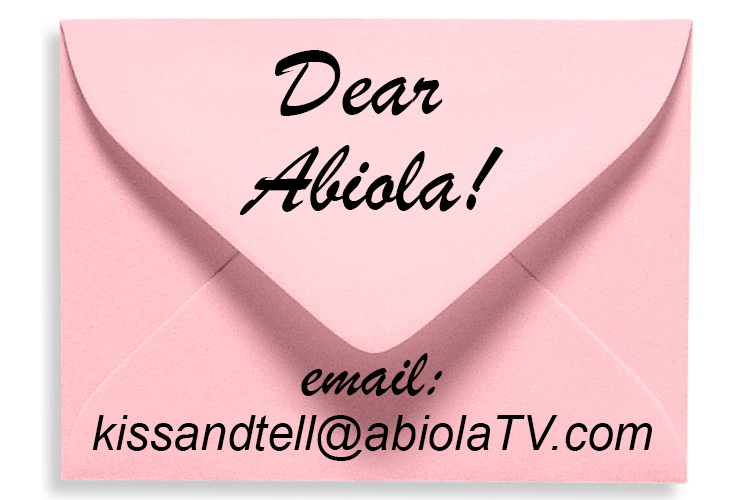 Hey! If you’re in need of judgement-free relationship advice, email kissandtell@sacredbombshell.com. All letters will be kept anonymous, In addition, all correspondence becomes our property to be addressed publicly, but you can be assured that your issue will be treated with dignity. If you are looking for private advice, the option for that route is coaching.