Scene from the movie Selma:

Amelia Boynton: I’ll tell you what I know to be true. It helps me in times when I’m feeling unsure. If you’d like.

Amelia Boynton: I know that we are descendants of a mighty people, who gave civilization to the world. People who survived the hulls of slave ships across vast oceans. People who innovate and create and love despite pressures and tortures unimaginable. They are in our bloodstream. Pumping our hearts every second. They’ve prepared you. You are already prepared.

The Power of Alpha Kappa Alpha Women with Carolyn House Stewart: How to Be a Leader

In 2014, when I wanted to have a conversation about sisterhood, community, and leadership, I knew that Carolyn House Stewart, International President of Alpha Kappa Alpha, Incorporated, was the one to speak with. AKA, my sorority, has a 106-year-old legacy of serving the global community with initiatives such as healthcare and education. Active members of all ages and backgrounds span the globe. Madame Stewart of Tampa, Florida, is the first lawyer to head the organization.

I interviewed Ms. Stewart for a column but the conversation was too inspiring not to share it with you.

In the 1970s Alpha Kappa Alpha Sorority purchased Martin Luther King, Jr.’s birth home and donated it to the Martin Luther King, Jr. Center for Nonviolent Social Change. Coretta Scott King, a member of AKA, was president of the center. Therefore, when I was interested in becoming a Soror (sorority sister), there was only one place for me – the organization that has called women from Eleanor Roosevelt to Maya Angelou “sister.”

From other wonderful sororities like the Deltas, Zetas, Sigmas and Lamda Ladies to groups at churches, synagogues, and mosques to organizations like the National Association of Women Business Owners, women gather together to change the world. I saw this firsthand at the Brearley School for girls where I was blessed to receive my middle school and high school education. I was taught that if I wanted to fly, I need only set my mind to do so.

Abiola: Madame Stewart, Alpha Kappa Alpha is a service organization and your successful term of leadership has been about global leadership through timeless service. What does service mean and why does it matter?

Carolyn: Well, we are all members of a global community. If you go back to the basic tenets of the Bible – “render unto the least of them,” “love thy neighbor as thyself” – we’re in a global community and service means giving of yourself to help someone else to lift. So this whole component of service is really giving of yourself to make the world better, inspiring young people to come up with new ideas for environmental sustainability, doctors for quality of life, scientists for quality of life. Service is basically living up to our existence as a human beings on this earth.

Abiola: Can you please tell us about your social justice and human rights initiative?

Carolyn: The civil rights and social justice initiative relates to human trafficking, it relates to children aging out of foster care, it relates to awareness of domestic violence, and voter empowerment. During the election year, we took over 12,000 people to the polls and registered over 60,000 new voters.

And also, of course, [it includes] equal pay for women. Women have cracked the glass ceiling in some instances, but we’re still absent around the boardroom. And women still make 32 cents [on the dollar] less than men. We had a panel on cracking your glass ceiling in Canada. And we’re having another one. But this time, instead of having the women who cracked the glass ceiling, we’re having the men who control those decisions come to tell us, “What are you doing in your corporation to bring qualified women to the executive level in your community, in your company, and around the board table?”

Abiola: Brilliant. You are a bold and courageous leader and that can seem out of reach for some. How do you cope with feeling nervous, afraid, sad, or when difficult challenges come up?

Carolyn: I pray. I find peace and solace in prayer. I have strong religious convictions. We all have fears because we think, “If I go to pursue this dream, will I make it? Will I fall short?” But I always tell people, first, never be afraid of yourself. Never be afraid to pursue your dreams. Work on your shortcomings because none of us are perfect. We have to find this balance of, “I am not superwoman. I’m just a person that God has given some gifts.”

Abiola: Thank you so much for sharing something so personal. What makes you a sacred bombshell, Madame Supreme?

Carolyn: What makes me a bombshell is that I’ve been given the privilege to lead an organization of outstanding women. And women have accepted this mission of service and the mission possible. That was my theme when I ran for office, a possible mission. And they embraced global leadership through timeless service. That is what makes Alpha Kappa Alpha the bombshell. It is not Carolyn House Stewart.

As women, we have to understand that we have been given certain roles in society that we have accepted. Women are the largest class of wage earners when you look at people in underdeveloped countries. Women raise the future because we birth children. So the power of the future lies in women. The power of who we’re going to be as a nation lies in how we raise our children and how we see ourselves.

But women, if I had to sum it up, we are it. We’re the alpha and the omega of our existence as human beings because God gave us the power, the power to give birth.

This interview with former Alpha Kappa Alpha President Carolyn House Stewart is featured in The Sacred Bombshell Handbook of Self-Love, available on Amazon. 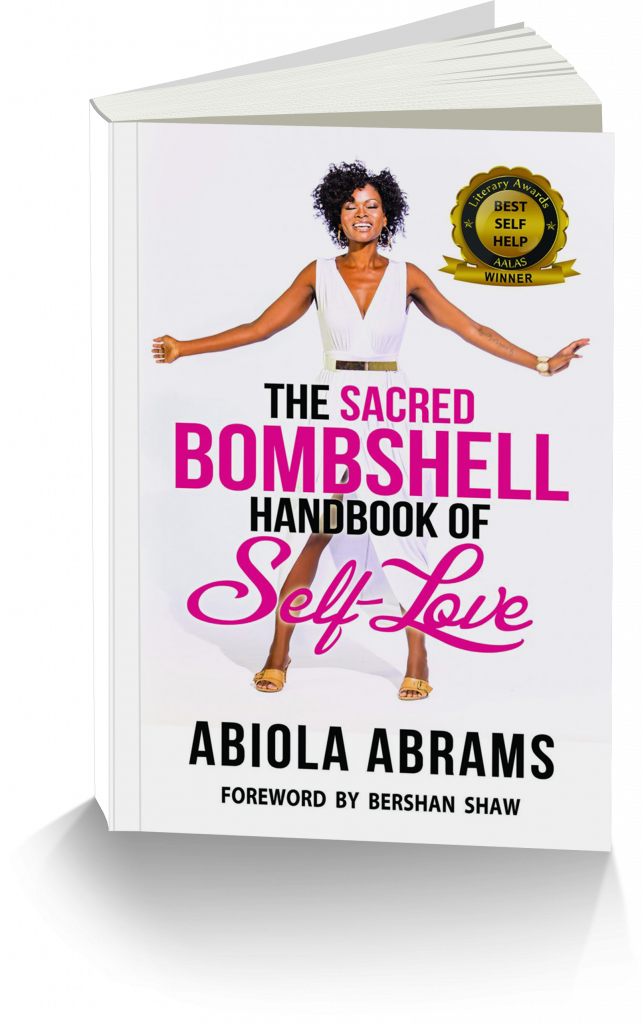