Should you love him or leave him?

You can break up for just about any grievance that suits your fancy but ideally, a meaningful relationship should not be ended without a strong and logical reason. A love relationship is something to be cherished (not just tolerated)  but at times the situation becomes so bad that couples/partners think that they aren’t left with much in the name of alternatives.

Here is a list of reasons why you should break up with your boyfriend:

1. The most common reason to break up with your boyfriend would if you catch him cheating on you with another person. Irrespective of what reason he uses to justify his behavior, it should not be pardoned because nothing can be worse than a partner who has been caught cheating you.

[Abiola says: Goddess knows that I am no apologist for cheaters, but if you have children you want to weight the pros and cons of ending your marriage or relationship obviously more carefully than us singlistas!]

2. If you have ever dated anyone while dating him or had a one night stand that qualifies as cheating and you should break up with him and set him free.

3. At times, relationships just phase out and when they do, it’s time to move on. It doesn’t need to involve the blame game or bad feelings. If you feel your relationship has phased out, you should break up with your guy.

6. If both of you are polar opposites and both of you aren’t willing to do your share at compromising with each other, then you should end the relationship. 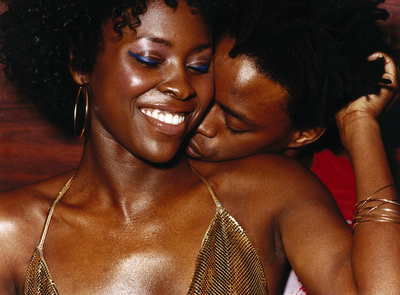 7. A long distance relationship can become a source of worry rather than comfort. Some p

eople are just not meant to be in a long distance relationship. Instead of being faithful to their partners, they end up cheating on them while their partners go away for long durations and there isn’t much point in ending things in a bad way when you know yourself well enough to have a cordial mutual break up in advance.

8. If you are a high powered career goddess and your deadlines are more important than your

anniversaries, you should break it up with him before things get messier!

9. You should break up with him if he has hurt you in any way that you find it impossible to come back from. There is no point in being in a relationship with someone who has irrevocably broken your trust or made you feel very bad about something.

[Abiola says, consider getting therapy at the very least.]

10. Every relationship needs a certain amount of kindness, compassion and compatibility but if you have been fighting little power struggles with him at all times, you should give up on the relationship.

11. A lot of women can’t tolerate lying and if your guy has been a constant liar, you should end it with him now than to face more serious issues due to his compulsive lying in the future.

12. A common reason these days for break ups is the lack of career prospective. Many women who want to see a future with a man will look for someone with a bright career and at times, when things don’t exactly work the way they had planned, instead of supporting their boyfriends, they go away to look for new ones. If you are a materialistic woman or just someone who likes financial security, and your boyfriend’s career doesn’t look that bright, you should end the current relationship.

13. If both of you have different demands from life itself, break up with him right now and li 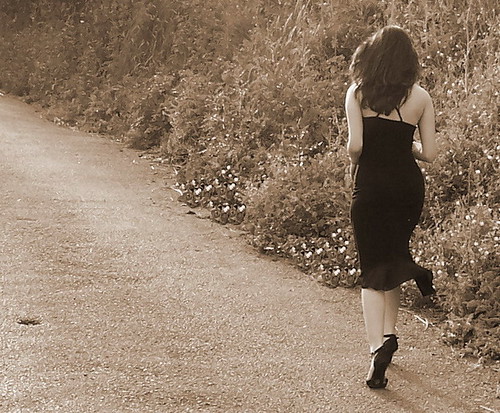 ve your individual dreams. That’s a lot better than missing out on your dreams due to someone or something.

14. If your boyfriend is a commitment phobic and you are not, you should end things with him right away instead of waiting for a couple more years before you realize that your relationship will not end in marriage. It can save you a lot of hurt!

15. Your family and friends should love you. If your loved ones say that he isn’t worth it, then you should believe them and leave him. They are your friends so they will do what’s best for you.

[Abiola says, always listen to the perspective that someone is coming from. For example, if you’re dating someone of a different religion and your friends and family are xenophobic, you should take that into consideration.]

16. Every guy might not be very comfortable with the idea of taking care of someone’s children, even if they are yours. Make sure your boyfriend likes your kids (if you have any) because if he doesn’t, you should break up with him.

17. Every girlfriend needs emotional intimacy as much as a boyfriend needs physical intimacy and if he’s not giving it now, chances are he never will so you should end it with him.

18. You should break up with your boyfriend if he has a gambling, alcohol or drug problem. Most of the times, people who are addicted end up destroying the lives of everyone attached to them along with their own so it’s always better to stay away from a relationship with someone like this.

19. If you think that his parents don’t like you and if he’s a mama’s boy, you should leave him before he leaves you!

21. Many people don’t realize this but they might still be in love with their ex boyfriends. If you are one of them, then you shouldn’t stay with this guy and give him false happiness.

22. There is no logic in being with a guy unless you feel good when you’re with him. If you spend most of your time in your room crying or feeling bad about yourself because of him, you should dump him and try to find your happiness first. Relationships are meant to keep people happy and if yours isn’t, then it’s not worth it.

23. If you feel that you are putting in more time or efforts to maintain the relationship than your boyfriend, you should end it right there and pack your bags.

24. Some men have a tendency to make their female counterparts feel less worthy and if your man is one of them, you should let him go and find someone who treats you as an equal.

25. If your boyfriend abuses you physically,verbally or both, you should leave him immediately. Being in such a relationship is not only psychologically and physically harmful but it can also have serious repercussions in the long run. Irrespective of your reason for being in a relationship with someone like that, you should end it with him immediately to save yourself from further damage.

Thanks Avni! This awesome love advice post is written by Avni and her most recently published post is how to tell a guy you like him.