The African American Literary Awards Show is an annual event with a focus on writers and authors. AALAS produces an annual literary awards show to recognize, honor, celebrate and promote the outstanding achievements and contributions that African-American authors and writers make to the publishing, arts and entertainment industries.

I was surprised and beyond honored when I learned earlier this year that my newest book, “The Sacred Bombshell Handbook of Self-Love” was nominated for an African American Literary Award for Best in Self-Help. Thank you to Yvette Hayward for creating this important show. When I learned that my co-nominees for the award were all incredible luminaries who I admire, Iyanla Vanzant, Russell Simmons, and Bishop T.D. Jakes, I was incredibly grateful and humbled. Now, I’ve won. Correction – my book and the readers I wrote it for have been selected.

As I say often, we are only ever in competition with ourselves. Here are the other books in my category. Wonderful books by people who I admire and consider my mentors– please read them and be inspired! 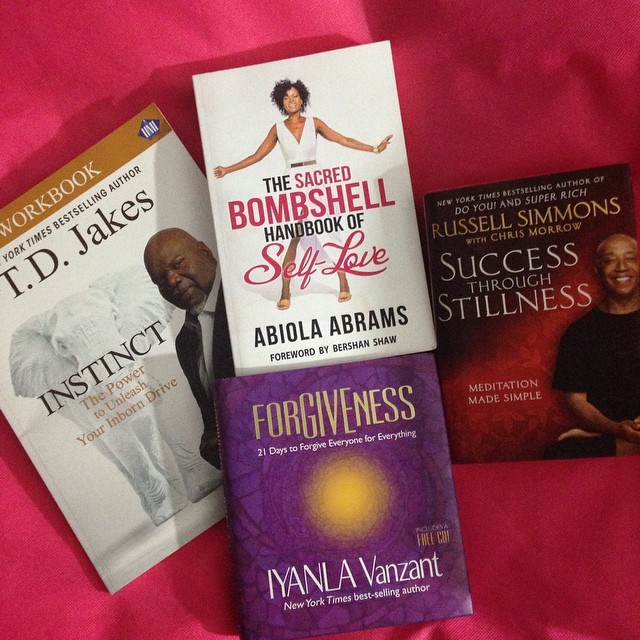 So many people are responsible for this book.

Thank you to the readers, to whoever nominated me, and all of you who voted for this #SacredBombshell book.

My incredible editor Alissa McGown is a genius collaborator. Listen to a conversation we had about writing books here, and find her at RedPenForRent.com.

I thought that this book took far too long to write, but now I see that it was all right on time. To everyone who loved me through this process, I thank you. Thank you for accepting the unreturned phone calls, my preference for texting, and the times when I wanted to be alone with my laptop. Thank you for accepting me. Sacred Bombshells, I am grateful.

I love the men in my life – like the brilliant one who fathered me, the supportive one who grew up beside me, the first one to call me Auntie – but this one is for the women.

Thank you to my mom, the classiest woman I know. Lady Norma, I am grateful for the notes and the hugs. Thank you to my faerie artist sister Damali for the teas, guidance, and experimental recipes that always turn out just right. Thank you for being my sounding board, advisors, and best buddies.

Thank you to Miss Kristal for being the most sacred friend a bombshell could want. Without you, I wouldn’t have been able to capture many of the Bombshell Dialogues. Thank you to Patranila and Shelley for being my sister circle and sounding board. Thank you to my entire family: Adana for being a true creative spark, Diana and Ariella for always being hot pink, and Michelle and Imani for being the divas. Thank you Leslie Lewis Sword for being my bridge in this journey although you had no idea!

I am already in awe of future sacred women, my brother Ovid’s newborn daughter Ava and my “great-niece” Zamaya.

Thank you to my “editrix” Alissa McGowan – Senior Editor at Red Pen for Rent (www.redpenforrent.com) – for being a true goddess-send. Your “red pen” is like Wonder Woman’s bracelets, able to obliterate what isn’t working in a single bound. I never want to write another book without you editing it!

Much gratitude for my publicist Dawn Michelle Hardy of Dream Relations PR and Literacy Consulting Agency. Thank you Cherise Fisher of Scribe’s Window for your zephyr-powered wisdom. I am grateful for the tireless support of my assistants and transcribers, Head Bombshell Davisha Davis, Elizabeth Amani, Nadine Goggins of Libelle Co., and Debbie Rojonan of DB Transcription Services. #IAmGrateful for Gressene Watson, co-host of my Twitter gratitude tweetups.

Thanks for giving women a channel to reach me: my editors, Karen “Let’s Do It” Hudson and Kweli “Great” Wright of MommyNoire.com and Charli “I Love It” Penn-Watkins of ESSENCE.com; incredible producers Kim Brechka and Joyce Sampson of The Bill Cunningham Show. My Passion Posse, Tinzley Bradford, Grear Turnbull, and Coye LeRocke, thanks for keeping my blog hot. Thanks to DeeArah Wright of Freebrook Spaces, Amy McCloskey of Madame X, and Carmen Victorino of Le Femme Suite.

I am extremely appreciative of my mentors and big sisters Cheryl Hill, E. Jean Carroll, Vivian Kurutz, Bevy Smith, Lisa Sasevich, and Rha Goddess for being my kick-ass bombshell inspirations.

I thank you, my vast and splendiferous family and network of supporters who would need a whole other book for me to mention each of you. I am grateful for the blessing of being in service to my coaching clients, who allow me the humbling honor of being a catalyst for their dreams. Thank you to all of the women and men quoted in this book. Much thanks for the best landlady in the world, Jeanette Fuller. And for my Sacred Bombshell tribe of coachees, readers, subscribers, viewers, and smilers – this is for you.

I salute you with the words of St. Catherine of Siena: “Be who God meant you to be and you will set the world on fire.” Let the Sacred Bombshells say amen!

I have not been your only guide on this journey. You have been blessed with the wise woman energy of our Historical Bombshell Mentors Josephine Baker, Tina Turner, Celia Cruz, Marilyn Monroe, Zora Neale Hurston, Pam Grier, Diana Ross, Maya Angelou, Jane Fonda, Elizabeth Taylor, and Rita Moreno. You have received countless gems from the inspiring Bombshell Dialogues – self-love classes with your bombshell sisters. 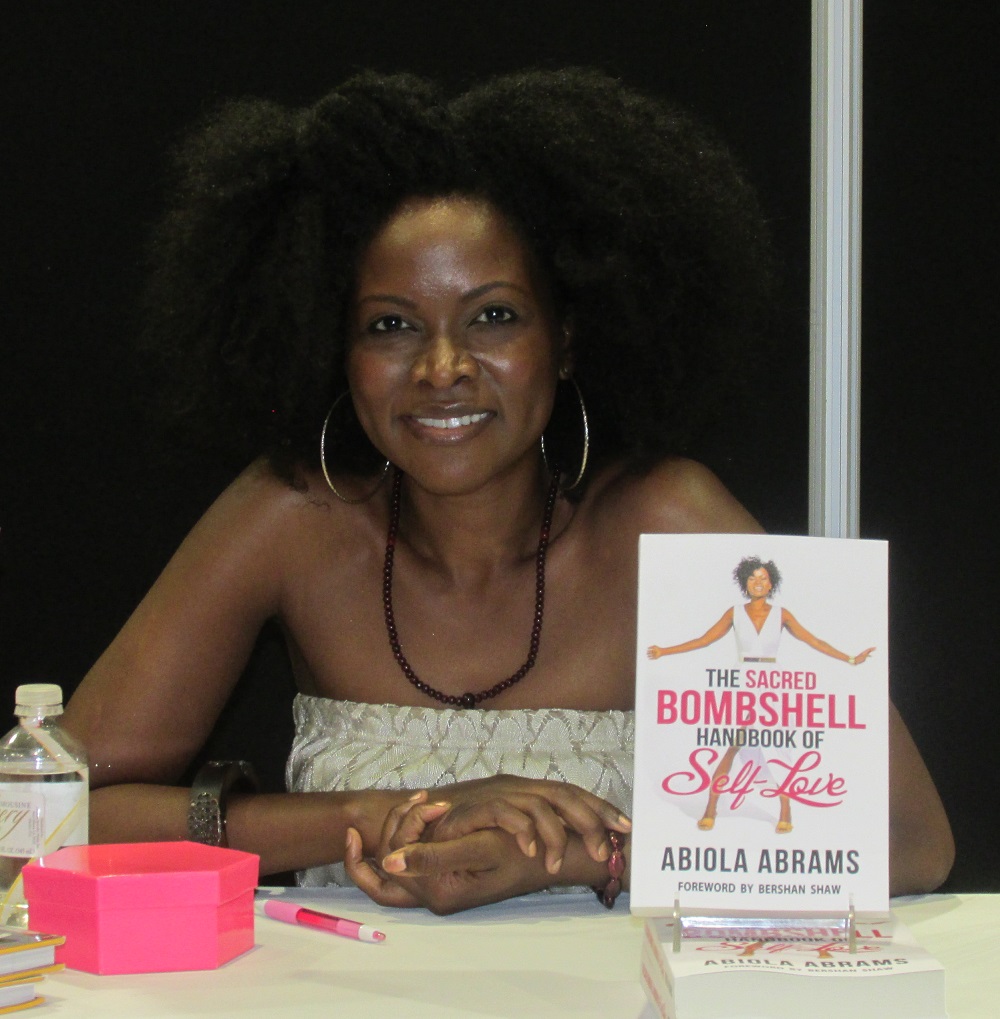 I have interviewed hundreds of people throughout the years. It was important for me to share lessons with you from some of the most uplifting and inspiring women I’ve met.

Here’s where to find your phenomenal guest teachers from the book’s featured empowerment dialogues: 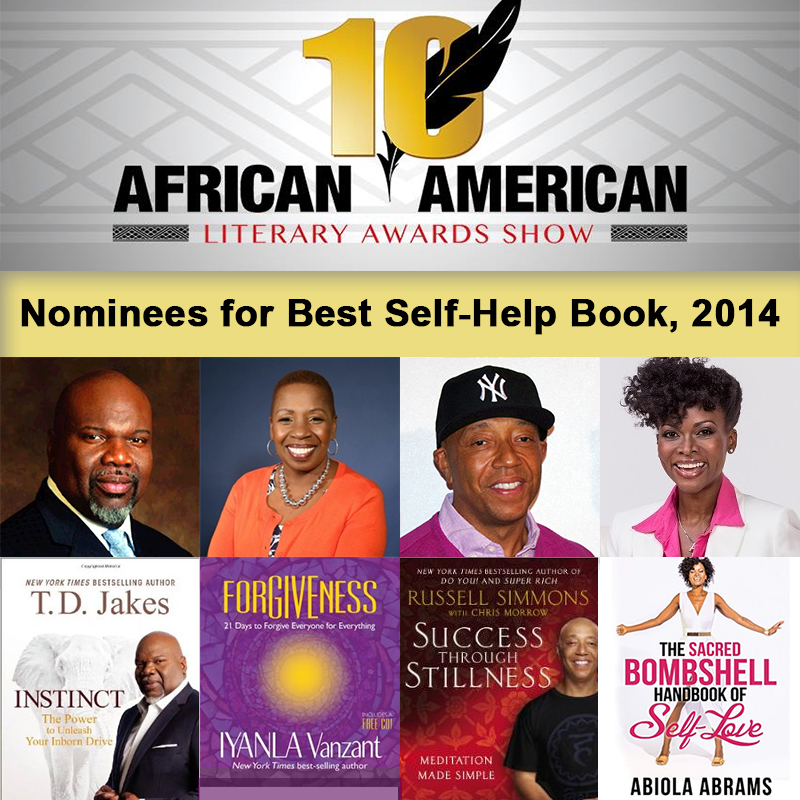