Our prayers are with the missing Nigerian girls and their families. It’s time to #BringBackOurGirls. -Michelle Obama

On the night of April 14, a group of militants kidnapped more than 200 teenage girls from the Government Girls Secondary School in Chibok, Nigeria. Abubakar Shekau, who leads the terrorist organization Boko Haram based in northeast Nigeria, claimed that his group was behind the kidnappings. “I abducted your girls,” Shekau said, adding that Boko Haram was holding the girls and would “sell them in the market.” -via WhiteHouse.gov

This week marks the 6 month anniversary of the kidnapping of the missing Nigerian school girls. Thank you to my sister Alicia Keys for being on the frontlines. (Alicia held a protest in New York City Tuesday, October 14th to raise awareness about the 200-plus Nigerian schoolgirls who were kidnapped by Boko Haram militants in April.)

Go to GirlRising.com or Amnesty International for marching orders.

“It’s my son’s birthday today which makes me feel even more in solidarity with the parents of the Chibok girls in Nigeria who were abducted 6 months ago today by Boko Haram. They are still missing!!!

At the moment of this rally those parents were marching on the Presidential Palace in Abuja to call on Goodluck Jonathan to pay attention to what can be done to free those girls from a situation too horrible to imagine. It’s difficult and it won’t be easy but we have to keep the pressure on because these girls represent all the girls being kept from an education, they represent all girls who are looked upon as property and they represent rape and violence against women as a weapon of war all over the world!

The We Are Here Movement is about direct action! Sign your name to join the movement and sign the petition to bring back our girls!! #BringBackOurGirlsNOW #weareheremovement” 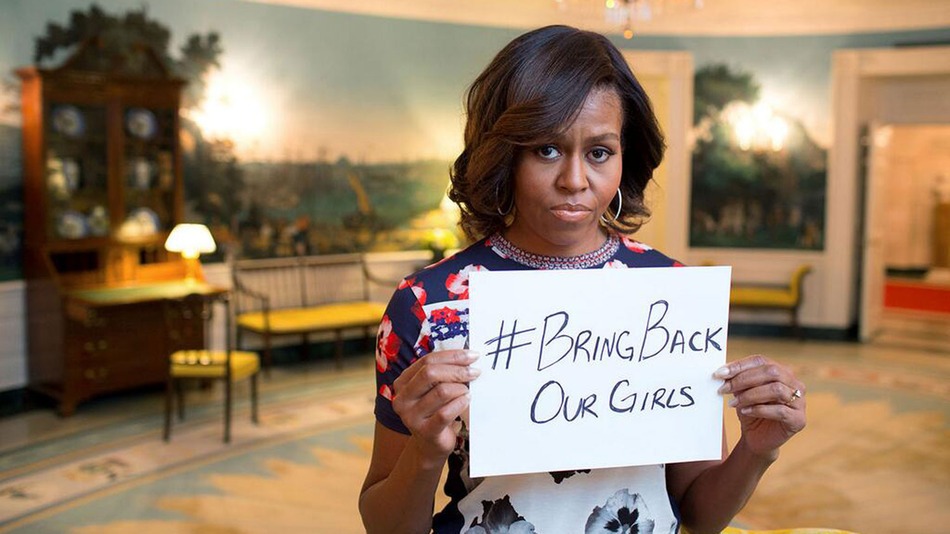