Lupita Nyong’o’s Lessons in Beauty and Self Esteem

Lupita Nyong’o’s Lessons in Beauty and Self Esteem

Lupita Nyong’o topped herself with her flawless Sacred Bombshell glam that screams that she really woke up like this. I played with Barbie dolls but I am hoping that someone creates Lupita dolls because this is where I want my daughter to see her reflection.

Here’s what Lupita had to say about beauty and self esteem at an Essence award ceremony a year ago. The goddess won Best Breakthrough Performance Award at the 7th annual Black Women in Hollywood Luncheon. This text is from the transcript of that event.

Lupita on Natural Beauty and Self-Love:

“I wrote down this speech that I had no time to practice so this will be the practicing session. Thank you Alfre, for such an amazing, amazing introduction and celebration of my work. And thank you very much for inviting me to be a part of such an extraordinary community. I am surrounded by people who have inspired me, women in particular whose presence on screen made me feel a little more seen and heard and understood. That it is ESSENCE that holds this event celebrating our professional gains of the year is significant, a beauty magazine that recognizes the beauty that we not just possess but also produce.

I want to take this opportunity to talk about beauty. Black beauty. Dark beauty. I received a letter from a girl and I’d like to share just a small part of it with you: “Dear Lupita,” it reads, “I think you’re really lucky to be this Black but yet this successful in Hollywood overnight. I was just about to buy Dencia’s Whitenicious cream to lighten my skin when you appeared on the world map and saved me.”

My heart bled a little when I read those words. I could never have guessed that my first job out of school would be so powerful in and of itself and that it would propel me to be such an image of hope in the same way that the women of The Color Purple were to me.

I remember a time when I too felt unbeautiful. I put on the TV and only saw pale skin. I got teased and taunted about my night-shaded skin. And my one prayer to God, the miracle worker, was that I would wake up lighter-skinned. The morning would come and I would be so excited about seeing my new skin that I would refuse to look down at myself until I was in front of a mirror because I wanted to see my fair face first. And every day I experienced the same disappointment of being just as dark as I had been the day before. I tried to negotiate with God: I told him I would stop stealing sugar cubes at night if he gave me what I wanted; I would listen to my mother’s every word and never lose my school sweater again if he just made me a little lighter. But I guess God was unimpressed with my bargaining chips because He never listened.” 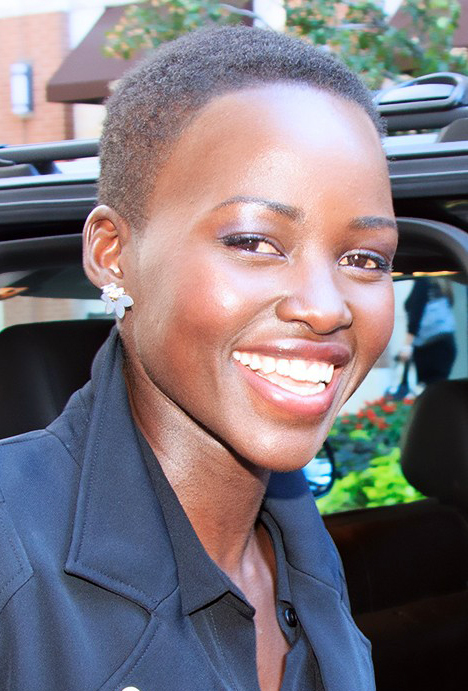 “And when I was a teenager my self-hate grew worse, as you can imagine happens with adolescence. My mother reminded me often that she thought that I was beautiful but that was no consolation: She’s my mother, of course she’s supposed to think I am beautiful. And then Alek Wek came on the international scene. A celebrated model, she was dark as night, she was on all of the runways and in every magazine and everyone was talking about how beautiful she was. Even Oprah called her beautiful and that made it a fact. I couldn’t believe that people were embracing a woman who looked so much like me as beautiful.

My complexion had always been an obstacle to overcome and all of a sudden, Oprah was telling me it wasn’t. It was perplexing and I wanted to reject it because I had begun to enjoy the seduction of inadequacy. But a flower couldn’t help but bloom inside of me.

When I saw Alek I inadvertently saw a reflection of myself that I could not deny. Now, I had a spring in my step because I felt more seen, more appreciated by the far away gatekeepers of beauty, but around me the preference for light skin prevailed. To the beholders that I thought mattered, I was still unbeautiful. And my mother again would say to me, “You can’t eat beauty. It doesn’t feed you.” And these words plagued and bothered me; I didn’t really understand them until finally I realized that beauty was not a thing that I could acquire or consume, it was something that I just had to be.” 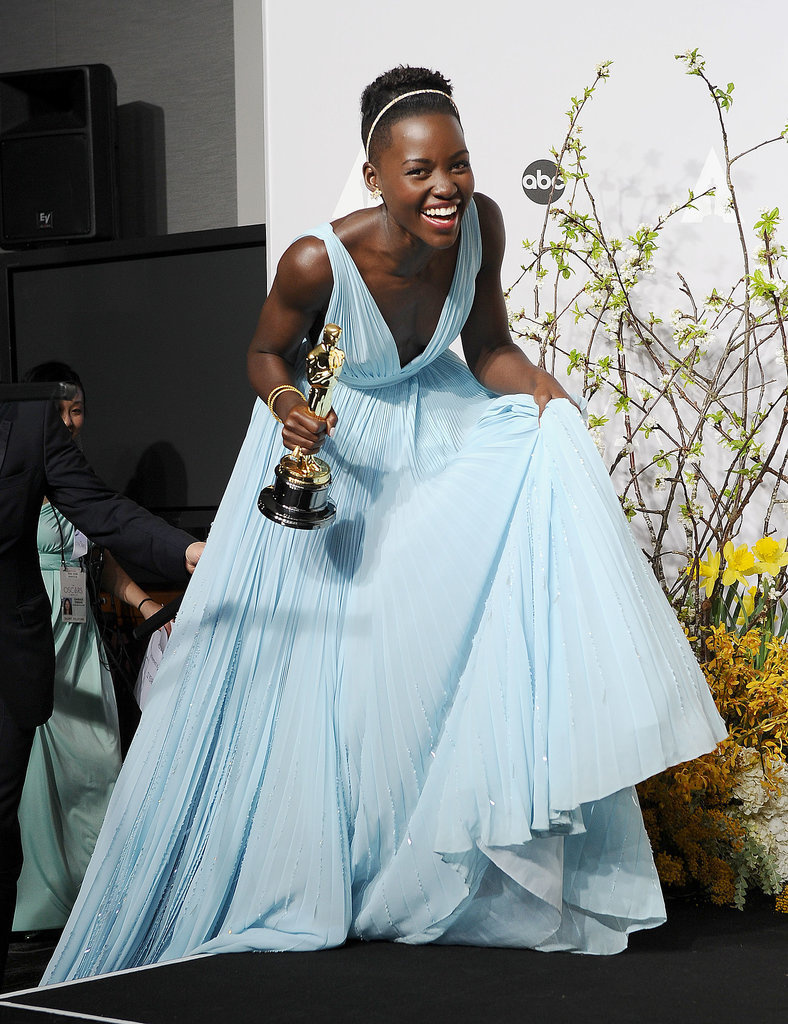 “And what my mother meant when she said you can’t eat beauty was that you can’t rely on how you look to sustain you. What does sustain us… what is fundamentally beautiful is compassion for yourself and for those around you.

That kind of beauty enflames the heart and enchants the soul. It is what got Patsey in so much trouble with her master, but it is also what has kept her story alive to this day. We remember the beauty of her spirit even after the beauty of her body has faded away.

And so I hope that my presence on your screens and in the magazines may lead you, young girl, on a similar journey. That you will feel the validation of your external beauty but also get to the deeper business of being beautiful inside. There is no shade in that beauty.”

Watch! Lupita on Beauty and Self Esteem