What is Diwali? The New Moon, New Year, & Goddess Lakshmi! Abiola’s Dad Breaks It Down

What is Diwali? The New Moon, New Year, & Goddess Lakshmi! Abiola’s Dad Breaks It Down

Right now, the country where my parents call home is lit up for Diwali, the festival of lights. I invited my dad to write about why this moment is so powerful right now.

Why my dad? He’s a preacher and religious scholar in addition to being an author, journalist and world-renowned precious metals expert. Yup, a renaissance man who knows the power of the moon.

Here, my dad explains why this moment is so spiritually powerful and why it’s really the new year. He recently studied the Kabbalah. We’ll have him write about those lessons for us next.

The assignment? “Hey Daddy, can you please explain to my blog readers what you taught us about Diwali and the power of the noon moon?”

The Power of Now by Bishop Abrams

Today, October 23, is the New Moon and also Diwali, the Hindu festival of lights, which is also celebrated by Sikhs and Jains. Light, whether it emanates from the sun, moon or man-made objects, is an important feature in religious practices throughout the world, as light is symbolic of Godliness–truth enlightenment, knowledge prosperity, purity etc.

Without light, there is darkness symbolic of ignorance, evil or demonic influence. That’s why the Bible represents Jesus the Christ as the Light of the world and evil as darkness. “Light is come into the world, and men loved darkness rather than light, because their deeds were evil (John 3:19).

Hindus place several lights in their yards and in their houses during Diwali celebration to represent the triumph of good over evil, according to Hindu lore. One of the most popular explanations is renewed zeal for life and prosperity as epitomize by the lavish preparation made for the occasion. Hindus decorate their homes don new clothing, exchange gifts and prepare lavish meals for Diwali, which many see as a new year that comes with the new moon.

Accordingly, the Hindus pray and make supplication to the Goddess Lakshmi (or Laxmi) for spiritual and worldly prosperity as they set goals for the next year. In Hindu mythology, Goddess Lakshmi is the spouse of Lord Vishnu, who along with Brahma and Shiva, comprise The Hindu Trinity.

Lakshmi is the Goddess of wealth and prosperity, both material and spiritual. 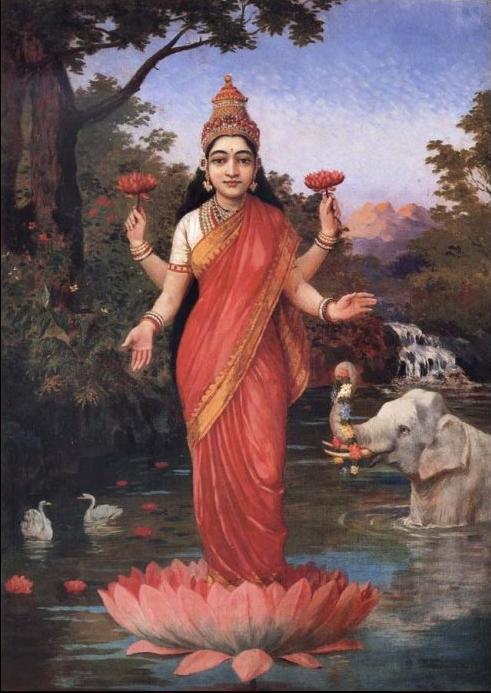 In a spiritual sense, the Goddess is standing on a lotus flower can also be interpreted as mind over matter—subduing carnality for spiritual growth. She is depicted with four arms and hands and gold coins and lotus flowers to indicate that Lakshmi gives wealth to those who pray to her. Devotees of this Goddess often perform Lakshmi puja—prayers and songs.

In Judeo Christianity, the New Moon also has a place of honor, whereby the new moon is celebrated with special services. “Sing aloud unto God our strength: make a joyful noise unto the God of Jacob. Take a psalm, and bring hither the timbrel, the pleasant harp with the psaltery. Blow up the trumpet in the new moon, in the time appointed, on our solemn feast day. For this was a statute for Israel, and a law of the God of Jacob.” (Psalm 81)

Some Christian Spiritualists religions celebrate the New Moon with a sunrise service at the ocean or on the bank of a river, as water represents cleansing and regeneration.  The rising sun is indicative of a new beginning and rising to new heights spiritually and new horizons in the material world.

While some Hindus celebrate the New Year with the New Moon in Sagittarius, others usher in the New Year in January or February, according to which calendar they are using. Those cultures are using the lunar- or solar-based calendar. This explains why the Chinese New Year comes in February. The Hebrew calendar is different altogether, with Rosh Hashanah occurring in September, according to their calendar. Those traditional cultures have doing things their way from time immemorial.

The Gregorian calendar, introduced in the 16th century by Pope Gregory, is currently the internationally accepted civil calendar by most countries. This superseded the Julian Calendar, which was introduced by Julius Caesar in 46 BC. It has been derived from the orbiting of the earth around the sun in 365.25 days and requiring an additional day to be added to February every four years (Leap year).

Even the Roman Catholic and Anglican churches have their own New Year, called Advent, which occurs mostly in December as a time of preparation for the nativity of Jesus.

Thus in both Eastern and Western cultures, the circuit of the moon around the earth and the orbit of the earth around the sun have their significance. The New Year is symbolic of newness of life with its promise of new beginnings. In the Northern Hemisphere, the summer is over and autumn has set in as the earth makes its way down to the Southern Hemisphere, where winter is over and the onset of the spring season is underway. In reality, the climate and everything else on earth are determined by the movements of the earth and its moon as they orbit the sun. 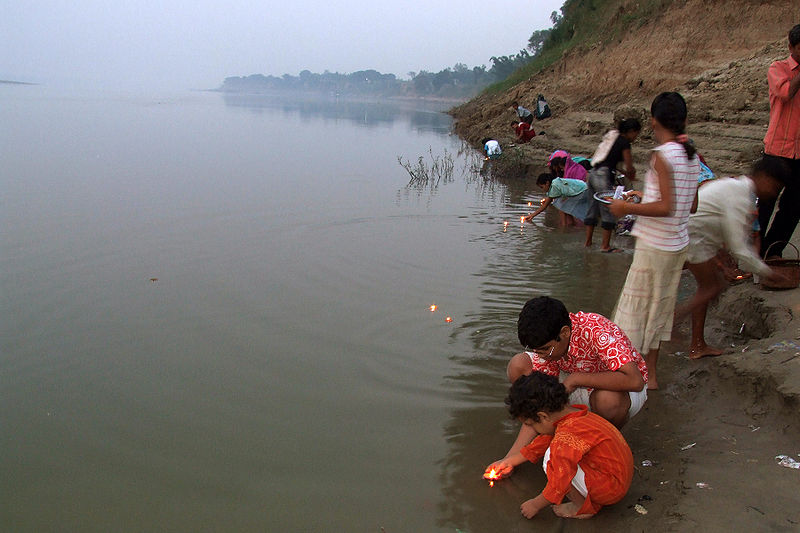