>>>By the way, have you taken my free Spiritual Selling Masterclass at RichGoddess.club? We talk mindset, money and being a spiritual entrepreneur.

And yes, I have seen them with the beautiful goddesses in my own Spiritpreneur Guru Academy.

So let’s just jump right in, shall we?

I’m going to be sharing with you six guru roadblocks. And the very first one is fear of outshining fear that your brightness, that your power would somehow make you this loyal to those around you.

Now, many of us, me included, are natural people pleasers or recovering people pleaser that we’re taught to be nice girls to get along, to go along.

BUT none of that has anything to do with you stepping into your true power. You owning who you really really are, and so we have this limiting belief that we may have worked on, but it’s still dormant. It’s still there in our minds that somehow there’s only but so much shine to go around and if you related the darn thing, if you really stepped up and stepped into your greatness and stepped into your power, then you would be cheating someone else. You would be disloyal to people like you and people like you could mean women. People like you could mean your culture. People like you could be your family, that your success, your abundance, you are shining bravely and brightly. This is why we have this fear, the fear of outshining others.

All right, so if this is a belief that you have had and it shows up in all different factors, know that you are not alone. Here is the magnificent thing. It’s actually completely the opposite. As Marianne Williamson says, the brighter you shine, brighter, you allow other people to shine.

I am here with you today.

You are watching this. I am standing in my power and standing in my greatness, living my glorious life and shining brightly, and it is reflecting to you the fact that you have the power of the shine as well.

Every spiritual text since the beginning of time, teaches us the same thing.

Don’t believe me? I brought receipts.

Now that sounds like an Abiola-ism, right, but it is actually from Rumi. The Sufi poet. Shine like the whole universe is yours.

So you see it is your sacred duty as a leader, as a change maker, as a thought leader, for you to shine brightly, for you to step into your power and get your message out there.

Back in the days we would have been the street corner preachers, right? Instead of coaches, people who took to the corner and would spread their message. But today we have something different and we have a way for you to build this as a very prosperous and abundant business.

And that is why you are here.

No more fear of outshining. 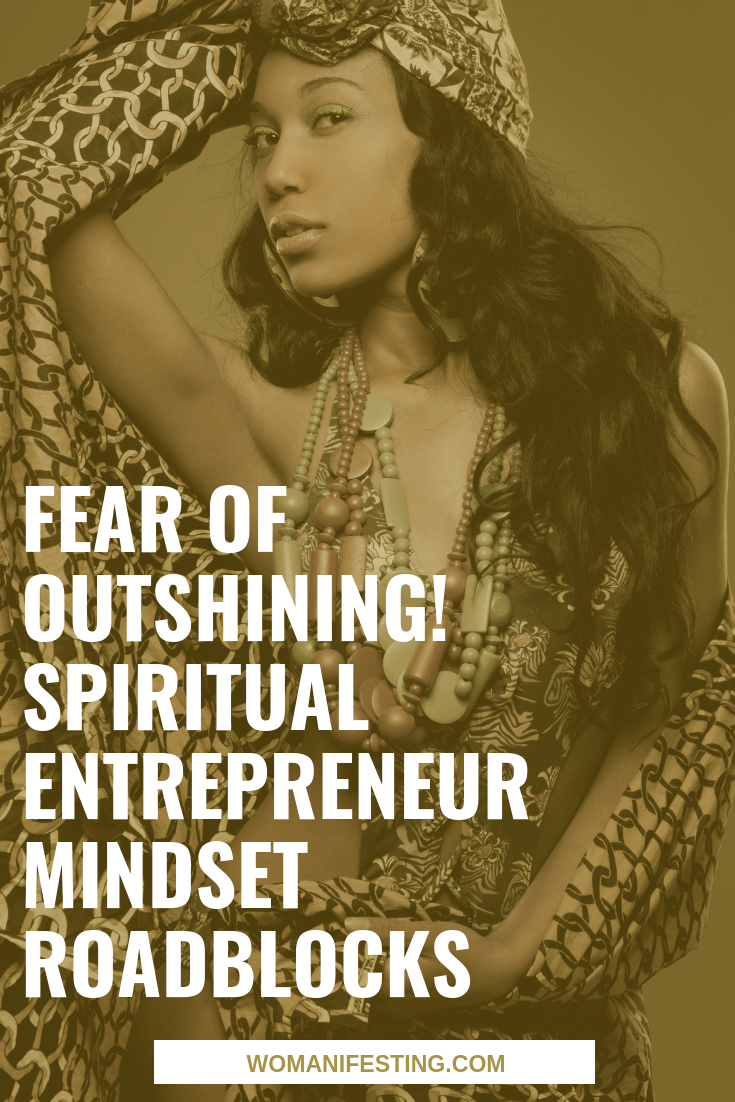