What is the Breath of Fire in Kundalini Yoga? With Yogini Bravebird Amel Larrieux (Video + Transcript)

What is the Breath of Fire in Kundalini Yoga? With Yogini Bravebird Amel Larrieux (Video + Transcript)

Breath of fire is transformative and healing, and so are our weekly Goddess Temple Sundays. Join me every Sunday at 10 AM EST on Facebook.com/abiolaTV for our weekly 20 minute blast of inspiration and love. Then discuss with us in my Facebook Goddess Circle at iManifestMagic.com. For text reminders whenever I am going LIVE, text GODDESSTEMPLE to 43506.

It was my sacred honor to have a positive healing dialogue with singer Amel Larrieux. We took a moment to power up and cleanse with the pranayama breathing technique known as breath of fire, Agni-Prasana. That’s right, the Bravebird is also a yogini. Amel was half of the neo-soul powerhouse known as Groove Theory. Along with Erykah Badu, India Arie, Jill Scott, Alicia Keys, D’Angelo, Maxwell and others, they changed the face of music and defined a generation – mine!

The conversation with Amel was so powerful that I want to share it with as many women as possible. That’s why the extended dialogue is included in The Sacred Bombshell Handbook of Self-Love. Watch the video here — and meanwhile, here’s what the Wikipedia gurus have to say on the topic.

“Prāṇāyāma (Sanskrit: प्राणायाम prāṇāyāma) is a Sanskrit word meaning “extension of the prāṇa or breath” or “extension of the life force”. The word is composed of two Sanskrit words: prana, life force, or vital energy, noted particularly as the breath, and ayāma, to extend or draw out. Not “restrain, or control” as is often translated from yam instead of ayāma. It is a yogic discipline with origins in ancient India.”

Watch the Video… Then Read About it Below

ABIOLA: Can you share a little bit for us what yoga has meant to you and then show us a really easy yoga move that we could do right here?

AMEL: Sure, well my first born is eighteen now, almost nineteen (at the time of the interview). Two years after I had her, I started having episodes that were panic attacks. I thought I was dying, having heart attacks. Then I started having episodes of just like all night long vomiting. And what I was diagnosed with is IBS and I would have these episodes and they would all be connected. First a panic attach and later on I’d be sick all night and after I had my second child, four years later, and they continued on and I just knew I could not be a parent to two kids and be literally falling apart every time something scary happened with one of them. I would just start shaking and then have an attack.

I had an amazing OB/GYN with my second birth who said to me: “We can put you on medication or I can teach you Kundalini. And that’s how I came into the world of yoga. I read meditation and I started out with breathing and I started a meditation practice. Very devoted, I did some styling at the Shambhala Center here in New York. And I started cultivating a yoga practice around trying to balance my nerves and my stress and my anxiety and my panic and so I came to the physical part of it later on. 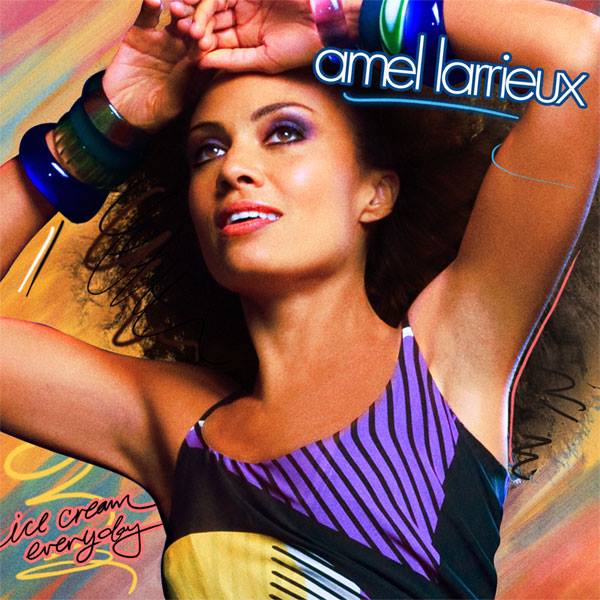 And that’s maybe why it feels like something so precious and personal to me. ‘Cause it really had to do with me getting better and in the last five months I started emotional freedom technique – EFT Tapping. I have a tapping therapist and I work with her and that was the next level of transformation. It saved me, it saved my life literally.

ABIOLA: Thank you so much for sharing that, that means so much to me because literally these techniques have saved my life. And if you could also share with us what makes you a “sacred bombshell.” I’ve reclaimed that word to mean – a woman who owns herself- and you Amel Larrieux, are a woman that owns herself.

AMEL: Well I would say this, I am a woman on the road to owning herself. And that I have been able to give myself. I think I can honor myself in saying that I want desperately to own myself and love myself. And I am aware of that… And aware of that journey. So there are little places where I catch myself and I never did that before. So that’s all part of it, baby steps.

ABIOLA: Yes, and all of the power is in awareness as we know. So please, what should we do? Guide us through a practice, please. 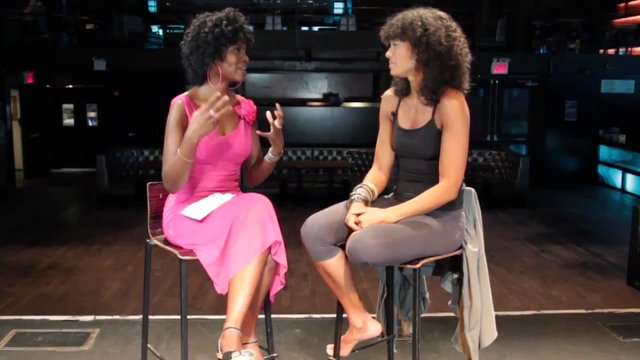 AMEL: I think it all starts with a breath. Every day I practice Kundalini Yoga and it is centered around the breath of fire which does amazing things for your hormone balance, for your blood pressure, for clearing out toxicity from drug abuse, it helps with lower back pain, all kinds of amazing, oxygen aids the blood flow. So this is something that I do also when I’m tired and I need energy. It’s like a cup of coffee. And t’s the breath of fire, it’s very basic, if you know it. But you can do it in your car when you’re’ feeling tired or before you go into a meeting.

ABIOLA: Anywhere; it’s good for right before meetings for centering.

AMEL: So the breath of fire is all about on the inhale you expand and on the exhale you blow out. It’s all through your nose with your mouth closed. And you can do it slowly and you progress into quicker breaths.

ABIOLA: Okay, lead us through the breath of fire.

AMEL: The breath of fire is a noisy breathing, so you can make noise.

ABIOLA: And I call these breaths, the inhale, I call it a fat belly breath so that people can get it because a lot of times when we are breathing in we are holding our breaths

AMEL: Oh I already feel it. That was lovely.

ABIOLA: You are a goddess and a bombshell and a queen among queens and I’m honored to meet you.

ABIOLA: And I’m honored to know you, Amel. For the fans and supporters, please pick up Amel’s album, “Ice Cream Everyday,” and support her work. We say that we want good work but then we don’t support the people that do it and the way that you vote is with your energy and with your dollars. Vote for her with everything you have!

AMEL: Oh that is so amazing. You’ve given me a gift, thank you.

ABIOLA: Yes, but like you said, there’s this power, in just awareness. Once we‘re able to just be aware. Even just being able to observe ourselves and observe our behavior, like in that by itself there is just so much.

AMEL: When I learned that, then it made my meditation practice best. I didn’t master mediation, but that’s when it made it get really good and juicy. First I was trying for something… The whole idea that the practice of yoga and meditation isn’t the doing, It’s the, just the there… The balance of being and not doing. 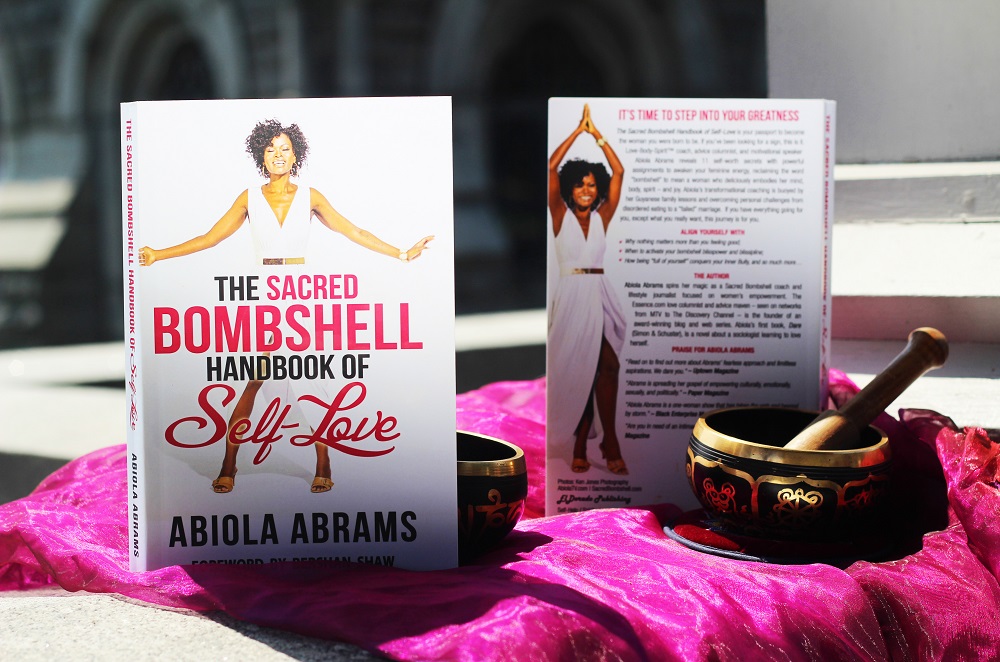 ::::Here’s the link to buy the Sacred Bombshell Handbook of Self-Love. 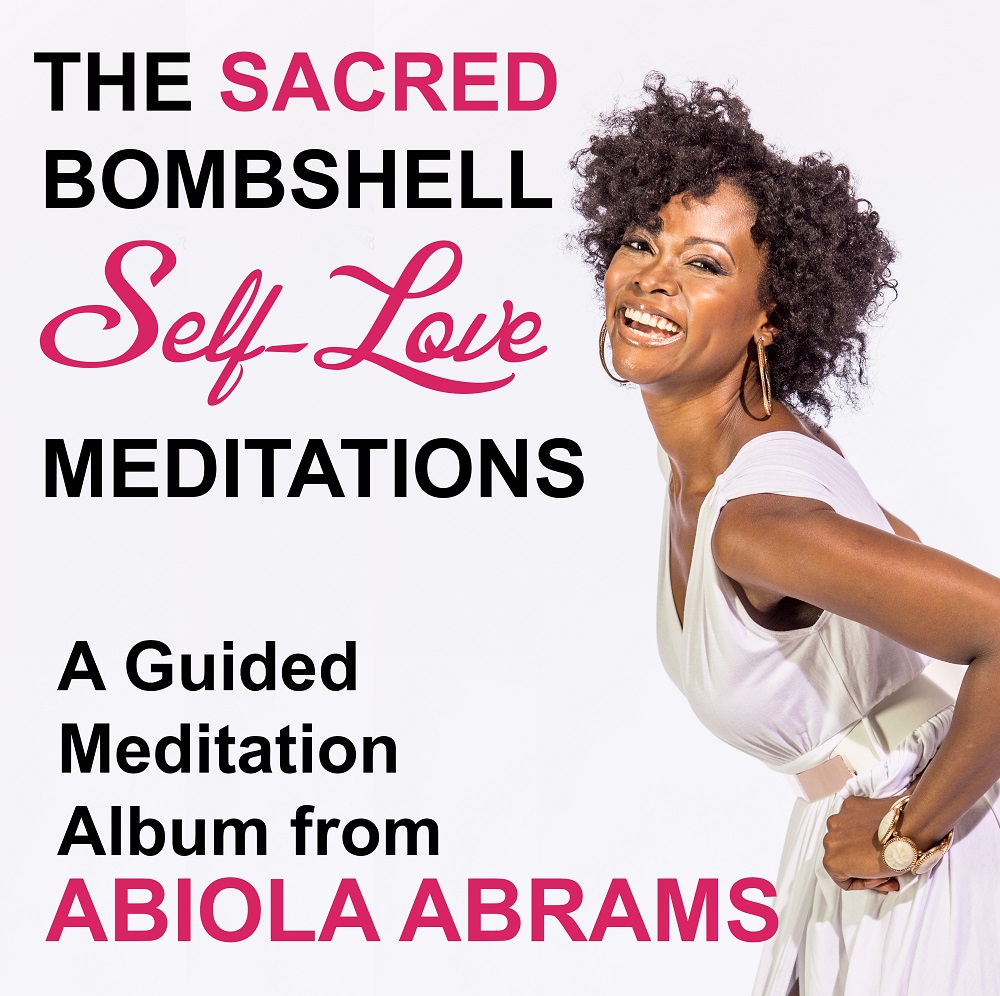 Breath of Fire Works! The Power of Your Breathing