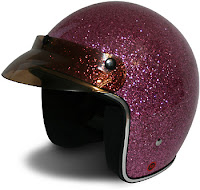 I had never heard about Bessie Stringfield before, but when I researched this Motorcycle Queen  I realized that this was the best tweet ever and an incredible compliment. According to Paige’s Twitter bio she is a “Marketing strategist and master of on-location brand experiences. Filmmaker, connector, passionate idea girl and baseball enthusiast” so I really appreciate her virtual hug.  Thank you, Paige.

So, who was Bessie Stringfield?

was a bad ass bitch. There is no other way to say it. I claim all historical bad ass women and make them my ancestral goddess foremothers. Courageous and outrageous women like Cleopatra, Zora Neale Hurston, Josephine Baker, Marilyn Monroe and Diana Ross.

Bessie Stringfield was born in Jamaica, West Indies in 1911. See that? She was my Caribbean sistren. Her family then moved to the States but then her parents died when she was only 5 years old. She was adopted by an Irish mother, who gifted Bessie with a 1928 Indian Motorcycle when she was only 16. Madame Bessie took to the motorcycle like a fish to water and a legend was born. Motorcycle folks in the know say to have learned to ride on an Indian is quite extraordinary.


Bessie Stringfield, also known as the “Motorcycle Queen of Miami,” is credited with breaking down motorcycle barriers for both women and African Americans. And just to set the record straight she was not riding a pink B.S. Barbie big wheel or a toy bike for girls. Bessie, BB to her friends, was riding a serious Harley Davidson hog. Twenty five Harley Davidson motorcycles in fact, over the course of her adventurous life.

According to Wikipedia, “Bessie Stringfield was the first African-American woman to complete a solo cross-country ride and during the 1930s and 1940s she traveled through all of the lower 48 states and rode abroad in Europe, Brazil, and Haiti.” Bessie Stringfield made her first of many cross country motorcycle trip in 1930 at the age of 19. Work it, Lady Bessie! 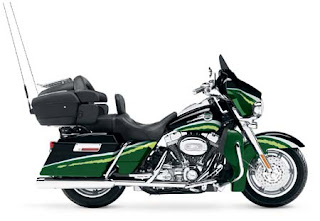 
Wow. I don’t mind being compared to her at all. In fact, I think that I need to step my game up to live up to the legacy of this historical foremother.

Motorcycle riding in our culture is not just about transportation or a symbol of rebellion. After all what would iconic Hollywood outlaw figures like James Dean

be without their motorcycles. Motorcycles are a symbol of freedom.

Can you imagine being a being a foreign-born black woman in America riding a motorcycle through Jim Crow, the Feminist Movement and the Civil Rights Movement?